Saudi and Russia agree to slash oil output, other OPEC countries may follow 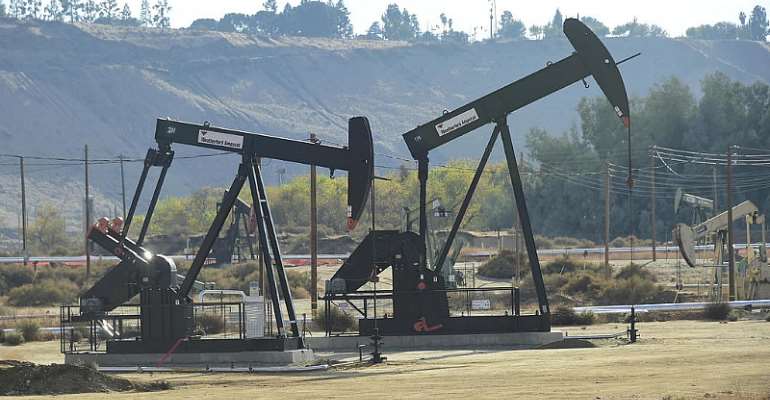 Saudi Arabia and Russia agreed to cut output in May and June by 10 million barrels per day. But a final agreement, which also includes a cut in production by eight million bpd from July to December, depends on the consent of Mexico. Meanwhile, earlier overproduction causes problems for storage world wide.

When Saudi Arabia and Russia, the world's number 2 and 3 oil producers after the US, team up, they are a sheer unbeatable force when it comes to driving up the oil price.

This happened in December 2018, when a mutual deal to cut production drove prices up to 62 US$. But when they disagree the price plunges.

As a reaction, Riyad flooded the market, sending prices below 30 US$/barrel, and threatening the existence of many US fracking companies.

The videoconference led by the Organization of the Petroleum Exporting Countries and non-Opec members including Russia (a combination called "Opec+") was seen as the best chance of providing support to prices.

Talks dragged on into the small hours of Friday. Bloomberg News reported that the main bottleneck was Mexico's unwillingness to agree to its share of cuts under the deal, which would have been 400,000 barrels per day.

Mexican Energy Minister Rocio Nahle Garcia tweeted that her country had suggested a cut of 100,000 barrels.

Another virtual meeting is scheduled for June 10 "to determine further actions, as needed to balance the market", OPEC said.

The current agreement also foresees a six million bpd cut from January 2021 through April 2022. An extension to the cooperation deal will be reviewed in December next year, OPEC said.

Armada of tankers
Meanwhile, the recent overproduction has stretched global oil storage capacity to its limits, another reason that backs the decision to scale back production.

During last month's price war and before the latest Opec+ meeting, Saudi Arabia sent an “armada” of oil tankers towards the US gulf.

According to Bloomberg, at least seven supertankers with a total of 14 million barrels of oil are currently traveling to the U.S. Gulf Coast – 12 million barrels more than in the same period in March and proposed cuts may come as too little, too late to solve looming storage problems in the short term: the International Energy Agency warned Monday that the world is set for its first annual decline in oil consumption in more than a decade because of the pandemic.