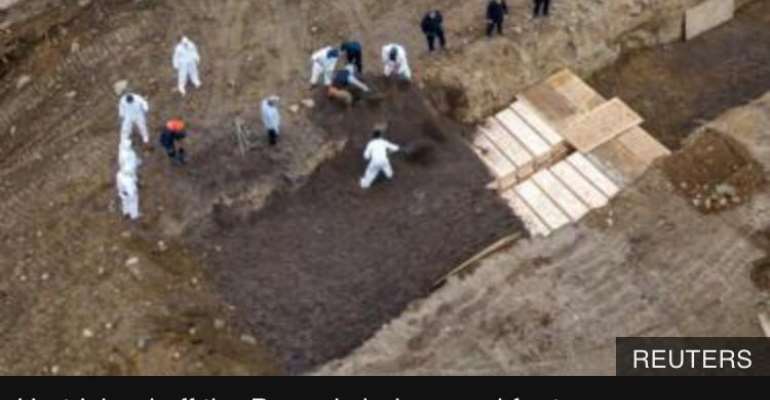 Mass graves are reportedly being dogged in New York for those who have died from the novel coronavirus.

Images released by Reuters show mass burials being carried out in the City that is one of the epicenters of the virus in the US.

Death toll in the US continue to rise, with increased infection rates across the country.

In the pictures available to DGN Online, apparently health officials in hazmat outfits are seen using a ladder to enter a pit where the coffins were stacked in a place called Hart Island.

The infection rate in New York as at Thursday, April 9, was reportedly

About 7,000 have died in New York, according to report.

Across board, the United States according to reports from the Johns Hopkins University, has recorded 462,000 cases and nearly 16,500 deaths.