Stop Bickering And Work Together’ – Bagbin To Majority, Minority 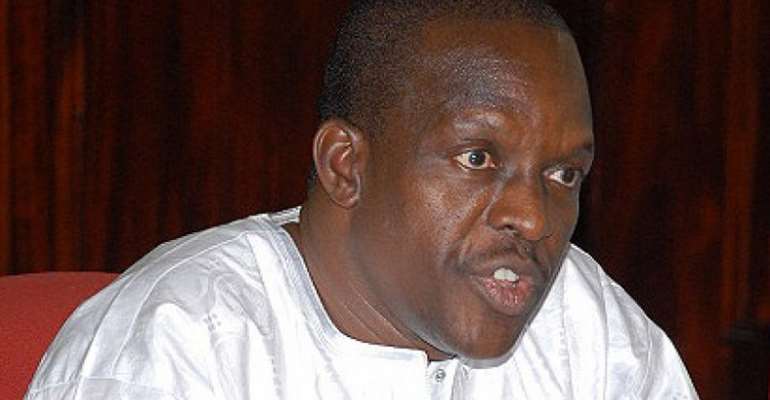 The Member of Parliament for Nadowli Kaleo, Alban Bagbin has called on the leadership of both Majority and Minority sides of Parliament to put their differences aside as the nation deals with the COVID-19 pandemic.

He, however, expressed his reservations over the decision by the Speaker to indefinitely suspend sittings in Parliament prior to the House being recalled on Wednesday.

The decision has led to seeming tension between the leaders of Parliament.

Minority Leader in Parliament, Haruna Iddrisu had described the move as disrespectful.

The longest-serving MP, who is also the second deputy speaker of Parliament, sided with Mr. Iddrisu’s position in an interview on Eyewitness News, adding that the Majority had on several occasions failed to actively engage the Minority regarding business in the House.

He indicated that the Majority was taking advantage of the COVID-19 pandemic to promote their interest, a situation he fears might lead to the creation of an autocratic regime.

“It is really a difficult situation. I sit down, I listen and get in touch with them and try to share my understanding of the standing orders and the practice but there is a difference between the two which is compounded by the Speaker’s interpretation and application of the rules so the very simple things that can be ironed out, always end up in acrimonious situations.

“Sometimes they behave like it is ochlocracy. People do not have the patience to listen to the other side so you only hear shouts from both sides and at the end of the day you do not know what you have really achieved but I think they are getting a number of things wrong and I have shared my understanding with both sides but it appears the Majority is bent on pushing on and trying to use COVID-19, an emergency situation to say we are not in normal times but if we do not take time by the time COVID-19 is off we have created autocratic regimes.”

Mr. Babgin thus called on the Majority and Minority sides in Parliament to resolve their differences, especially in the wake of COVID-19.

“We still have to be calling the brakes and involving people as to how we can do it better because this is an invisible war and it cannot be conquered by just one side. We need to be able to work together to defeat the enemy. We need to also show united leadership. His excellency the President is giving leadership and the Flagbearer is ably supporting that and they are being praised by all. Parliament has no option than to fall in line.”

Parliament had defended the suspension of proceedings instead of an indefinite adjournment by Professor Mike Oquaye, the Speaker of Parliament.

In a statement, Parliament cited the circumstances around the ongoing novel coronavirus pandemic as justification for the Speaker's action.

“What the Speaker did was in recognition of the fact that the whole nation is in a general state of emergency and so it is important that the House acts in a manner that will bring utmost benefit to the welfare of the nation.”

“This point becomes even more poignant as a result of the fact that not being in normal times, the House could be recalled at any time. It is, therefore, necessary, that the Households itself in readiness for any eventuality,” the statement added.