Some Ga Chiefs Grow Wild Over The Stealing Of Their Lands 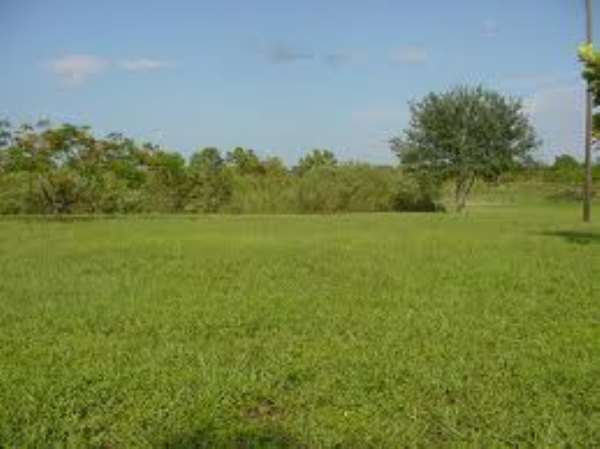 Members of the inky fraternity, we the undersigned are writing to seek your quick intervention in dealing with recalcitrant manner one Clement Gyato, a known NDC devotee and business associate of former president John Dramani Mahama’s brother, Ibrahim Mahama is lording over the governed, intimidating and expropriating lands bequeathed to us by our ancestors and selling them at will.

The previous government under former president John Dramani Mahama, signed agreement with Clement Gyato to safeguard all state lands against encroachment but unfortunately it turns out to be rather a hatched plan to divert states lands to private individuals for their personal use to the detriment of we the real owners of such properties, even though compensations were not paid to us in many instances.

We also wish to share with you the mouthpiece of the defenseless in society, our thoughts and displeasure regarding the covert manner some of the President Nana Addo’s appointees hurriedly renewed Clement Gyato’s contract to resource him to enable him fund John Mahama’s campaign to fulfill promises made to Ibrahim Mahama for securing the contract for him during the tenure of his brother, former president John Mahama.

Clement Gyato has been assigned to safeguard state lands against encroachment is rather encroaching on states lands with the connivance of some government appointees who doesn’t have the interest of the president at heart except their self-gratification.

We have applied wisdom by writing series of petitions to the successive governments for the return of our ancestral lands that are being shared by politicians without success.

Since the lands in question were our only source of livelihood prior to the compulsory acquisition, we feel cheated as we have endured abject poverty for far too long and can no longer sit back, wait and watch Clement Gyato and his cohorts to take over our ancestral property as we don’t have other natural resources like other regions.

By our grievances stipulated above; we the undersigned leaders of the Ga state are saying that;

(a) We see President Nana Addo Danquah Akuffo Addo as a fine gentleman who doesn’t condone wrongdoing and can never supervise expropriation of lands from the poor.

(b) We voted for Nana Addo because we see his wife, the first lady, Rebecca Akuffo Addo as a mother and one of our own, who can intervene and do our bidding so far as our lands are concerned.

(c) If we fail to get our ancestral lands back, we will have no alternative than to advice our subjects to turn against NPP.

(d) As we write, Clement Gyato has covertly moved excavators and other equipment onto parts our of lands under the cover of coronavirus chaos to embark on his personal projects, with the connivance of the president’s trusted appointees, especially minister for lands and natural resources. He is presently clearing our lands at Dairy farm belonging to Danfa, Kweiman, Amrahia as well as Prampram. We the Chiefs and elders of these communities are respecting President’s directives of isolation and confinement as a result of COVID 19 but if Clement Gyato is allowed to go ahead with what he is doing, we shall also defy the directives of President and marshal forces and face him squarely without considering the aftermath.

(e) Land is central to livelihoods, culture and identity for millions of people across the developing world. But there is growing concern that people's connection to their lands is being undermined, due to large-scale land deals by the state, a situation we are stringently against.

(f) The strange behavior of Clement Gyato if not stopped, will soon dent the image of the present government, as well as demean the integrity of the NPP as a party, which will eventually affect the electoral fortunes of President Nana Addo.

(g) As law abiding citizens, we are taking this step to channel our complaints to the right thinking members of the public, while calling for the quicker intervention of the president by terminating Clement Gyato’s Contract before his actions bury the electoral fortunes of the NPP government.

(h) Lest we forget: Clement Gyato exhibited similar behavior at Adenta over Ghana Civil Aviation land in 2017 where he masterminded the killing of an indigene identified as Adjei Akpor aka Brother who was part of the family that owns the aviation land. He claimed to have been protecting the land for government then. He knows the then government was going to release a portion of the land to the rightful owners but he covertly and overtly grabbed the land from the owners, allegedly using Ibrahim Mahama as a conduit. Today, he is developing the land together with his business partners.

(i) We are ready for him. We shall fight him anyway anyhow, even if it means shedding blood to reclaim our ancestral lands.

(j) The most annoying part of our predicament is the way and a manner Clement Gyato hovering around all the places claiming that he has the backing of the first lady to do what he is presently doing. We voted for Nana Addo because of the first lady, his wife. Unfortunately, the very person that earns our vote for the NPP has swiftly turned against us and now supporting an NDC activist that has interminably terrorized us.

(k) We also have it on record that this very same Clement Gyato insulted Ga chiefs when Pokuase chief, Nii Otto Kwami V questioned Gyato’s resolve to embark on his personal project on their lands to the detriment of the real owners of those lands. Gyato in his response stated that, if Ga chiefs were intelligent enough, they wouldn’t have sat down and allow those from other jurisdictions to arrogate Ga lands for their personal use.

It is rather unfortunate that at this material moment that Ghana touts itself of basking in the rule of law and good governance, we have to get to a point where government, and its appointees rather disregard law and order and natural justice.

Members of the inky fraternity, we thank you very much for your attention. We look forward to your swift action.