Kweku Baako Fires Back At Ato Forson Over BoG Hospital 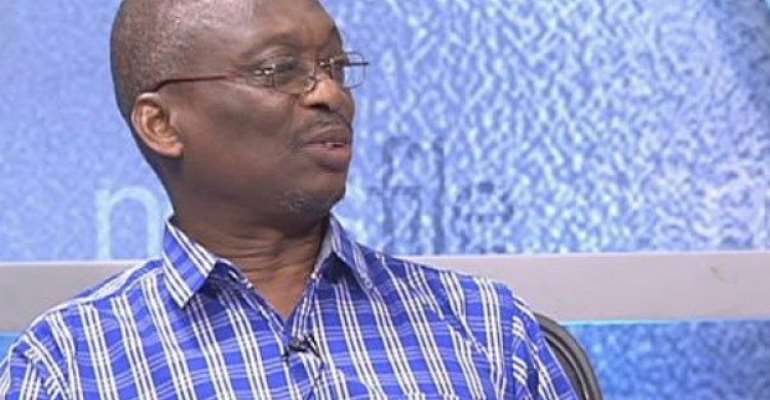 Mr Forson, MP for Ejumako Enyan Essiam and Ranking Member, Finance Committee of Parliament, had in a statement said: “as a former deputy Minister responsible for Finance and one who served on the Board of the Bank of Ghana from 2013 to 2017, I can confirm without equivocation that the Bank Hospital is a President John Mahama legacy.”

He says “The Bank Hospital was built using public funds at the time H.E. John Mahama was President of the Republic.”

He added that “President Mahama provided the leadership and vision that was needed at the time to conceptualize and establish the hospital.”

“Mr. Kwaku Baako needs to understand that the central Bank has functional autonomy and that autonomy does not apply when it comes to the use of public funds,” he added.

“It must be made clear that the Central Bank makes profit through its operations.

The profit of the Bank of Ghana is a public fund, hence the use of the funds are subject to the directives of the Government of the day under the laws of Ghana thereof,” he stated.

But Mr. Baako hit back, challenging Mr Forson to produce evidence to back his claim.

In a Facebook post Mr Baako says “I was thinking that as a former Deputy Minister for Finance and a member of the previous Board/Authority of BoG, Mr. Ato Forson would have produced something of evidential value to back up his/their case.”

He states “He (Forson) produces no minutes of Board meetings which may illustrate either Ministerial or Presidential directives to the Management and Board of BoG relative to the conception and execution of TBH; he produces no Cabinet or Ministerial records or documentation to underscore any governmental involvement or directives in the project under reference.”

All Mr. Forson sought to do, according to him, was to recollect the fact that he was a member of the previous Board/Authority of BoG and a former Deputy Minister for Finance.

“How does that recollection sustain his/their case that TBH was inspired by the vision and leadership of President Mahama? he quizzed.

He wondered Mr. Forson included the construction of the International Maritime Hospital (IMaH) as part of President Mahama’s Health Infrastructural legacy, knowing that the project was solely financed Ghana Ports and Harbours Authority (GPHA) and the conception started during the Kufuor presidency.

“The conception and construction history of IMaH does not support his assertion,” he added.

“The conception of IMaH crystallized in 2008. The plot for a new medical facility for GPHA was purchased in 2008,” he said.

“And there are official GPHA records to support that fact. Initial designs were done in 2009/10. Actual construction commenced in April 2012 and completed in October 2016.”

“The project was fully funded by the GPHA. His reference to the upgrading and rehabilitation of the Ridge Hospital and the construction of the University of Ghana Medical Centre(UGMC) were irrelevant in the context of my submissions relative to TBH and IMaH,” he says.

“Indeed, I am on record as indicating that the conception and execution of those two projects (Ridge and UGMC) can and should be credited to the Mills and Mahama Administrations!”

He added that “This is public record! There is abundant official/public record to show that both Cabinet (including Ministerial) and Parliamentary Approvals for the construction of the two medical facilities, transpired during the tenure of the two Administrations.”

“In the case of the Upper West Regional Hospital (Wa), I want to believe Mr. Forson knows that Cabinet and Parliamentary approvals for the loan agreements were effected in, April, August, October and November 2008 respectively (Kufuor presidency).”

Interestingly, when President Akufo-Addo was commissioning that hospital in November 2019, he underscored the fact that the construction trajectory and history of that hospital had travelled through the reigns of 4 Presidents; starting with Kufuor through to Mills, Mahama and himself (Akufo-Addo), he recounted.

“How that project becomes the exclusive achievement of President Mahama is rather puzzling!” he wondered.

“The records do not support his point. Somebody should call the former Deputy Minister for Finance’s attention to the fact the Bank of Ghana Act is clear on how BoG profits are distributed,” says Mr. Baako.

“The retained profits after distribution to the Consolidated Funds, if any, are used for operational purposes, for which the Bank of Ghana has operational independence.”

He was at a loss why Mr Mahama would instruct the BoG on how to apply its resources in view of its autonomy, wondering why the central bank lost focused on its core mandate leading to the banking crisis.

“That said, it is very clear if Mr. Forson insists the President directed the use of operational resources at BoG, then it shows the degree of interference the President had at the Bank of Ghana (BoG), which then shows why Ghana had so many bank failures and macro-economic instability during the times Mr. Forson was a member of the Board/Authority of BoG and a Deputy Minister for Finance!”