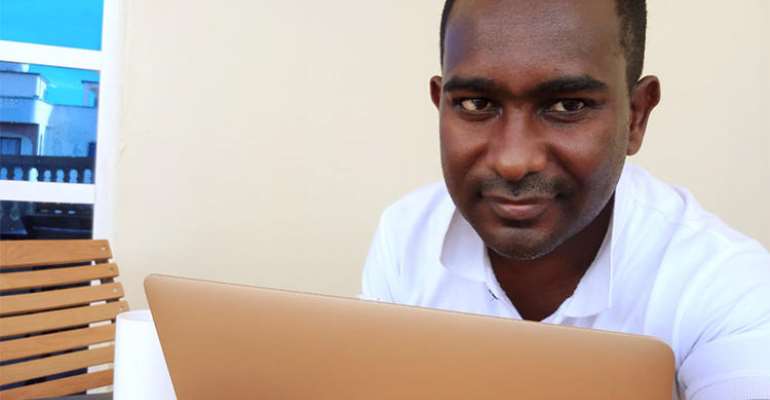 Somali freelance journalist Abdalle Ahmed Mumin has covered the news for 17 years, spending much of that time in one of the most dangerous places in the world to work as a journalist. Since CPJ started keeping records in 1992, at least 69 journalists have been killed in Somalia for their work.

After reporting on the killing of an Al-Shabaab commander for the Wall Street Journal in late 2014, Abdalle received anonymous death threats, and later survived a shooting attempt in Mogadishu, the Somali capital.

Since 2018, he has worked between Somalia and Kenya as a reporter and an advocate for the Somali Journalists Syndicate, a press freedom group that he co-founded.

Since Somalia reported its first case of COVID-19 infection on March 16, Abdalle has been covering the pandemic for international outlets such as Al-Jazeera and The Guardian .

Abdalle spoke with CPJ via email and phone calls last week. His replies have been combined and edited for length and clarity.

How has the pandemic affected your reporting?

COVID-19 has hugely impacted my routines. First, I had to force myself to accept staying at home. I had to adopt social distancing whenever going out for important interviews or opt only for phone interviews.

It is not easy social distancing when you’re reporting. In one instance, I remember an old woman at the IDP [internally displaced persons] camp, who was angry with me when I met her and I distanced myself by like two meters. She asked me: do you think we have corona? Do you think we are sick? And I had to take 10 minutes to explain why I was doing this. People can get offended easily.

It has also had a psychological impact, as you start to distance yourself from friends and colleagues, and stopping all the good things we previously had such as handshaking, hugging, or going out for a coffee with friends. The internet, the laptop, and the phone are my best friends these days.

Did you plan to stay in Mogadishu to cover the outbreak?

The coronavirus outbreak made the decision for me. I travelled back to Mogadishu on February 25. I wasn’t planning to stay long. I had numerous plans to travel on assignments during this month, but had to cancel due to border closures.

As a freelancer, my job is to go out to report and to earn a living. Now that local travel is restricted within the country, it has affected my job. Also, the travel restrictions had affected our [the Somali Journalists Syndicate’s] planned journalists’ trainings, which are now postponed due to the outbreak.

It is like we are jailed by the coronavirus. This is the longest continuous time I have been in Mogadishu without travelling to somewhere else since 2015. Even if something happens today, I cannot travel out. Meaning, I have to alternate my locations within Mogadishu, to change locations to stay safe.

What risks and challenges do Somali journalists face while covering the outbreak?

So far, we have seen cases where journalists who reported on the spread of the virus or wrote stories about the impact of the virus---such as a shortage of masks and sanitizers in the local markets---were either blocked or threatened. At least two others were pressured to retract their reporting because authorities were not happy with the way the journalists reported.

My biggest concern is that we don’t have adequate protection measures to keep our journalists safe from this virus. There is no training about reporters’ safety during the outbreak for the local journalists. I have seen reporters going out to the field without personal protective equipment. Yesterday [April 2], I saw journalists reporting from the isolation center and they didn’t have anything [protective equipment] at all.

Having said that, Somali journalists do not have health [insurance] coverage at all, and are among the least paid people in the country. An average [monthly] salary of a TV journalist in Somalia is between $100 to $200, while a radio reporter is far less than that. Most of these journalists are the only breadwinners in their families. This means that they have to prioritize putting food on the table of their families while [they are] unable to meet their health needs.

Are you satisfied with the level of openness from local authorities regarding the outbreak?

Not at all. There is an ongoing information blackout since the outbreak began. Health officials are not giving information sought by journalists. I was not able to interview the Health Minister in my recent article about the concerns of the refugees and displaced families over the coronavirus outbreak.

We asked the Somali Federal Government to set up a special information desk for the reporters covering the outbreak, but they are yet to do so.

Yes, there is a lot of misinformation and disinformation regarding the coronavirus outbreak. Journalists are struggling to tackle these, but the main challenge is the lack of flow of information from the Health Ministry and the reluctance of the authorities to tell the media what is happening. It is unfortunate that the misinformation is also creating panic in the public. It is like there is nobody to trust.

In our journalist union, we have set up a WhatsApp group where we share updated information whenever it is released, including contacts of key people such as doctors and health professionals for verifying certain bits of information. Journalists and editors are finding this initiative useful. We are also using this WhatsApp group to give advice to journalists going into the field.

How do the risks of covering the coronavirus compare with the daily risks of reporting in Somalia?

Speaking frankly, it is like a double burden. Journalists are already facing a bad security situation in Somalia, and now there is the coronavirus. The coronavirus has not stopped the threats we had against the lives and safety of journalists. It is like we are caught between two enemies—the existing threats that we already had, and the new one of this disease.

One of the few solutions we had previously was to move from place to place. But now we cannot move from Mogadishu or from Somalia to another country. A few days ago, I had to accommodate three journalists to stay in my house. They had travelled to Mogadishu to report, but now they were stuck.

It made me think we should have a safe house where journalists can go to stay for a few days or weeks if they face threats during the outbreak. Something simple with running water, a place to sleep, and the Internet. But this is expensive and needs funds.