COVID-19: The Fate Of Persons Living With Mental Illness And The Psychiatric Frontline Health Workers 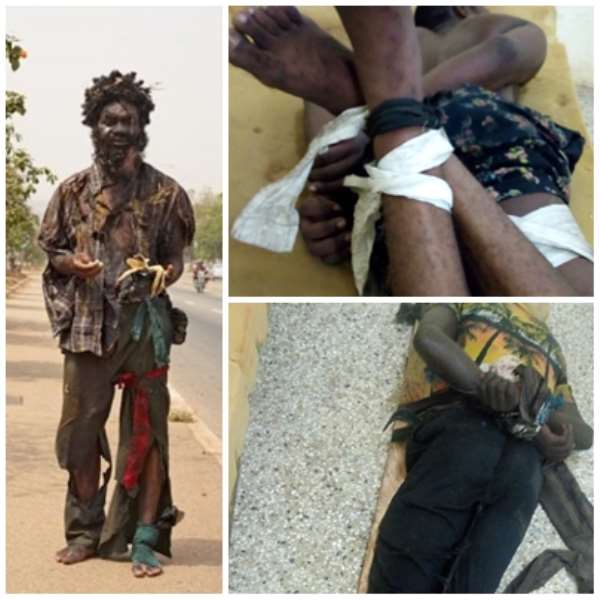 The World Health Organization (WHO) has recommended that persons with mild symptoms of COVID-19 should be managed at home. Such persons, according to WHO’s prescription must constantly keep in touch with health care professionals.

This recommendation certainly cannot apply to psychiatric patients here in Ghana where the understanding of mental illness to many is largely rooted in the spiritual realm with its accompanying stigma. Persons who have recovered from COVID-19 illness are being stigmatized in society and in the case of persons with mental illness, it is going to be double agony.

Imagine taking care of a psychiatric patient at the isolation centers. Imagine that the patient is manic and aggressive. The sight of your PPE regalia in a ghost resemblance is enough to provoke him to attack you.

Having worked at the Out Patient Department (OPD) for more than half a decade until 6th January 2020 when I departed to a different ward in respect of reshuffling rituals, I have practically seen and heard all the 'inhuman things’ done to psychiatric patients outside the walls of the Psychiatric Hospitals.

In 2016, a diabetic patient was wrongly diagnosed and tagged with mental illness at the general hospital and referred to Ankaful Psychiatric Hospital for further management. Upon arrival, the nurses in executing their routine checks discovered that the patient’s random blood sugar (RBS) was high, hitting around 30mmol/L (can't remember the exact value).

Eventually, the patient's sugar level was brought under control after days of treatment on detain. The restlessness, both physical and emotion disappeared. It was all joy to the health team, especially the nurses. It is not everyone who comes to the psychiatric hospital needs psychiatric medications. Again, restlessness could be precipitated by a medication condition. The patient was subsequently discharged home on antidiabetics, not antipsychotics (psychiatric medications). Most general hospitals will refer cases to psychiatric hospitals in the least quasi psychiatric symptoms the patient exhibits without due diligence of assessment.

There was another case last year, where a woman was involved in RTA and had multiple fractures at the lower limbs. At the general ward after days on admission, it was discovered by the health team that the patient had psychiatric history and was seeking treatment at Ankaful Psychiatric Hospital even though she exhibited no sign or symptom to suggest so at the general hospital. Surprisingly this revelation was enough cause to abandon the patient for 7 good days. Her wound was not being dressed, no bathing.

She was referred to Ankaful Psychiatric Hospital with the complaint that the patient complained anytime they wanted to dress her wound and sometimes refuses to cooperate. The patient refuteed all the allegations and narrated how they had abandoned her to her fate. The accompanying nurse and the ambulance driver were made to standby. The patient was given a thorough bath, dressed in a new cloth, wounds dressed by the nurses. A doctor referred her back to the same facility.

The story goes on and on, too many to even write a book, perhaps with the title "The Ordeal of Psychiatric Patients at The General Hospital”. This brings to question the essence of psychiatric affiliation for both doctors and general nurses.

With the advent of the new mental health law in 2012 (Act 846) which emphasis on decentralization of mental healthcare, more psychiatric nurses have been deployed to almost all health facilities in Ghana. Their duties, among other things are to provide mental healthcare at the primary level and manage cases at the hospital as well.

The law stipulates that every health facility must have at least a psychiatric unit for psychiatric nurses to execute their duties. Sadly, some of the Psychiatric Nurses are made to work on the wards at the general hospitals, including even teaching hospitals, oblivion to their core mandate to deliver mental healthcare. Some of them are not even consulted when a psychiatric patient is brought to the facility, talk less of consulting them before referral.

So in the face of COVID-19, what is the fate of psychiatric patients in lock down in cities?

Have there been any plans for protecting the psychiatric patients on the streets of Greater Accra and Greater Kumasi?

If minor psychiatric cases are not managed well at some general hospitals how much more when they have COVID-19? How will persons living with mental illness be treated at the isolation centers?

Every psychiatric nurse should be considered as frontline health worker in the face of COIV-19 to able to manage persons living with mental illness both on the street, at the psychiatric hospitals and at the isolation centers.

Treason trial: Bomb the ministry for transmission to go off ...
1 minute ago

Kumasi: Lady denied recruitment into GNFS because of stretch...
1 minute ago