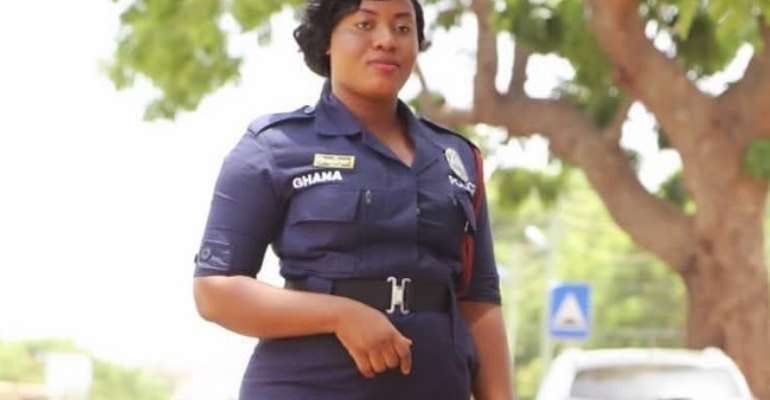 Details are emerging about what triggered the shooting of a policewoman, Lance Corporal Francisca Tengey, by a soldier during the covid-19 lockdown duties last night.

The identity of the soldier has been revealed as Able Seaman 1 (AB1) Oppong Bekoe of the Naval Headquarters, Burma Camp in Accra who is currently on detention after shooting the policewoman in the thigh at Tema New Town.

The victim who received treatment at the Tema General Hospital is attached to the Domestic Violence and Victim Support Unit (DOVVSU) of the Tema Regional Police Command and was deployed for COVID-19 assignment.

Information available to DGN Online indicates that the military high command were locked up in a meeting with the hierarchy of the Tema Regional Police Command over the incident.

A statement signed by the Tema Regional Police Commander, DCOP Edward Johnson Akrofi-Oyirifi, said they received information on Thursday, April 9, 2020, at about 6am, that the policewoman had been shot.

Police detectives were dispatched to the scene and saw blood around a snap check point mounted for the operation COVID Safety at Tema Newtown, where the police officer was assigned for duty.

The statement said “whiles on duty, the said police officer was accidentally shot in her right lower thigh from behind by Able Seaman 1 (AB1) Oppong Bekoe of the Naval Headquarters, Burma Camp who was also detailed for the same operation at the said checkpoint.

“The victim was rushed to the Tema General Hospital, where she has been treated and discharged.”

Meanwhile, cautioned statement has been taken from the offending soldier and released to his unit commander for further investigation.

“Lance Corporal Tengey has been treated and discharged by medics at the Tema General Hospital after sustaining two fearful gunshots.

Police arrest Funny Face after threatening to kill mother of...
9 minutes ago

Police comb for Shatta Wale after reportedly shot
16 minutes ago