WHO’s to blame? US and world health body exchange blows 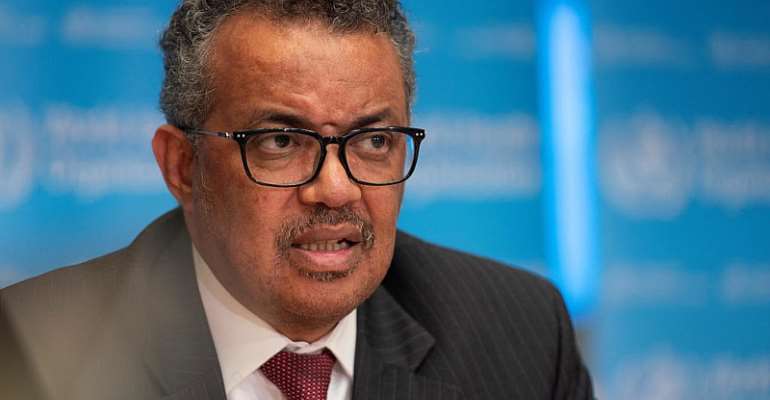 The World Health Organization has pleaded for global unity in fighting the coronavirus, following US President Donald Trump's stinging attack on its handling of the pandemic, as director-general Tedros Adhanom Ghebreyesus hit back at accusations that it had been too close to China.

As the WHO marks 100 days on April 10 since it was first notified of the outbreak in China, the UN's health agency has faced criticism in the past both for overreacting and for moving too slowly in fighting epidemics.

But rarely was it as much scrutinised as with the current Covid-19 pandemia.

On April 8, US President Donald Trump accused the WHO having "called it wrong" and months too late, while taking US money but favouring China.

US and Hong Kong media claim that the virus was known already in mid-november 2019 and that China, knowingly, withheld information that could otherwise have prevented the global nature of the pandemic.

"The WHO really blew it. For some reason, funded largely by the United States, yet very China centric. We will be giving that a good look," Trump said on Twitter.

“Fortunately I rejected their advice on keeping our borders open to China early on. Why did they give us such a faulty recommendation?"

Since an early stage, Tedros has been an outspoken advocate for the Chinese government's response to the outbreak of the epidemic.

On January 28, he met with Chinese President Xi Jinping in Beijing where he said that China was “setting a new standard for outbreak control” while praising the country's top leadership for its “openness to sharing information” with the WHO and other countries.

"Spreading rumours"
But that didn't go down well with Beijing's critics. “in Wuhan, the epicenter of the COVID-19 outbreak, Chinese officials were busy arresting and punishing citizens for 'spreading rumors' about the disease, while online censors controlled the flow of information,” writes Michael Collins, a research associate with the US Council for Foreign Relations. But, he says, it didn't prevent Tedros from continuing his praise.

Don't politicise the virus
But he hit back. In a stern defence of the WHO's handling of the pandemic, which has by now killed more than 90,000 people, while more than 1.5 million people have tested positive, Tedros said that "the United States and China should come together and fight this dangerous enemy."

"The focus of all political parties should be to save their people. Please don't politicise this virus.

Disaster
Withdrawal of US funding would be a disaster for the WHO.

According to its 2018 financial statement, the organisation received a total of 2,74 billion US$ in funding.

The Bill and Melinda Gates Foundation stands out as the largest non-institutional donor with a massive 228 million US$.

Meanwhile, China contributed only 6 million US$, and two Chinese vaccine manufactures, Beijing Tiantan Biological Products and Sinovac Biotech Ltd, both based in the Chinese capital, contributed a combined 92,000 US$.

Generous support
After Trump's outburst, World Health Organization chief on Wednesday thanked the United States for its "generosity" in funding global health initiatives like the fight against the COVID-19 pandemic.

"I would like to take this opportunity to thank the US for its generous support so far," Tedros Adhanom Ghebreyesus told reporters in a virtual briefing, adding he believed the "US will continue to contribute its share," despite Trumps threat to “have a good look” at US funding.