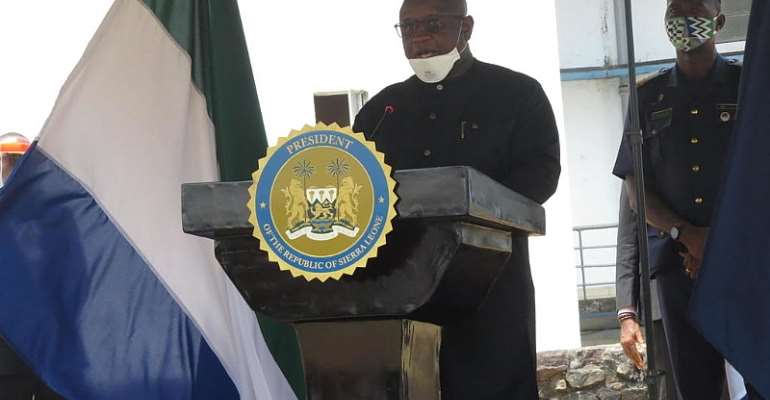 Sierra Leone's 72-hour lockdown has ended with the authorities announcing one new case of Covid-19 and declaring that all of the primary contacts of those infected had been located.

President Julius Maada Bio thanked the people of Sierra Leone for largely complying with orders to stay at home, saying the government “deeply cares about the collective health of the nation”.

Speaking to journalists on Wednesday, the president said the lockdown had allowed them to account for all positive coronavirus cases and locate their primary contacts, who had been placed under surveillance.

More than three-quarters of secondary contacts had also been identified.

The government also scaled up logistics at quarantine centres and mapped out the spread of Covid-19 throughout the country.

Bio said officials were now using technology to harmonise contact tracing, travel records and lab tests. The number of beds for isolation has increased from 30 to 70 and five laboratories are now equipped to carry out Covid-19 tests.

Despite a closure on sea and waterways, five transport boats with 36 people aboard, including Ghanaian and Senegalese nationals, were apprehended during the lockdown and were placed under quarantine.

A total of 205 people are now under quarantine
Bio said some 4 billion Leones (384,000 euros) had been provided to feed vulnerable people.

The president warned against the use of fake news and prank calls to the emergency number which was clogging up the system, saying the police would investigate wrongdoers.

Many patients in Sierra Leone's hospitals voluntarily discharged themselves before the lockdown came into effect, fearing Covid-19 infected patients would be placed alongside them. But Bio confirmed that all positive cases were being cared for in a separate facility, and urged those who had left prematurely to return to hospital to complete their treatment.

The president urged Sierra Leoneans not to stigmatise those who suffering from the coronavirus and called on the country to own the fight against it.