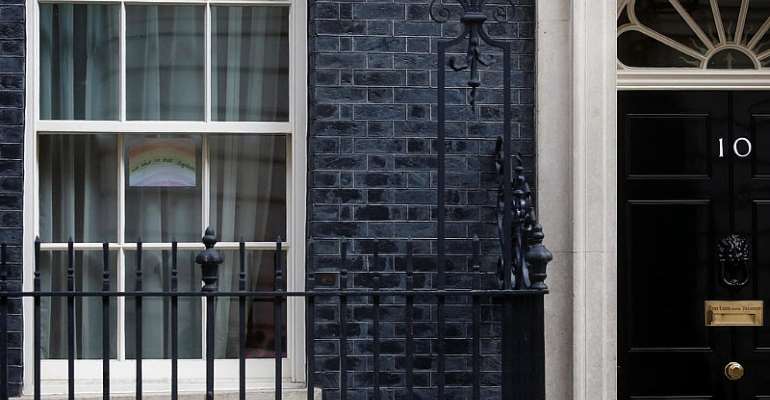 British Prime Minister Boris Johnson is getting better, four days after being admitted to hospital with worsening Covid-19 symptoms, Downing Street has said. But the PM remains in intensive care as his government considers plans to extend lockdown measures beyond Easter.

“The prime minister had a good night and continues to improve in intensive care...he is in good spirits,” Johnson's spokesman said Thursday.

The day before, Johnson's finance minister Rishi Sunak said the prime minister had been "sitting up in bed and engaging positively with the clinical team”.

He is still receiving oxygen support, although he has not been put on a ventilator.

The 55-year-old was admitted to St Thomas' hospital in London late Sunday with a persistent high temperature and cough. He was rushed to intensive care on Monday when his condition deteriorated.

With Johnson in hospital, Foreign Secretary Dominic Raab has stepped in to fill his shoes.

Raab was due to chair an emergency response meeting, known as COBR, later on Thursday to discuss how the government should deal with a review on lockdown measures that have shut down much of the economy.

No major announcements are expected, but Raab is under pressure to firm up the lockdown strategy before an Easter Monday deadline expires.

Keir Starmer, the newly-elected leader of the opposition Labour Party, called on ministers to be prompt in publishing their shutdown exit strategy, saying people needed to know what the plans were.

While Johnson's condition is said to be improving, speculation is rife that his absence has created a power vacuum.

In the press, the pro-government Telegraph newspaper wrote in its editorial: “The cabinet cannot afford to wait until he is better before working up ways out of this dreadful impasse.”

The UK is entering what scientists say is the deadliest phase of the outbreak, with 938 fatalities recorded on Wednesday alone, bringing total deaths to 7,097.

With the long Easter weekend looming, ministers are concerned that any suggestion of an imminent loosening of restrictions could cause the public to flout lockdown rules.

Ministers are widely expected to extend the restrictive measures aimed at limiting the spread of infection -- and that will cost more money.

To combat Covid-19, the world's fifth largest economy has had to rapidly ramp up state spending and has expanded its overdraft with the Bank of England.

The last time it resorted to such a measure was during the 2008 financial crisis.

Johnson was most recently seen in public last Thursday when he joined the country in clapping for NHS workers on the steps of Downing Street.

His spokesman said he was “hugely grateful” for the messages of support that have flooded in and thanked "NHS staff for the brilliant care which he has been receiving”.