Botswana president in quarantine for second time, along with 63 MPs 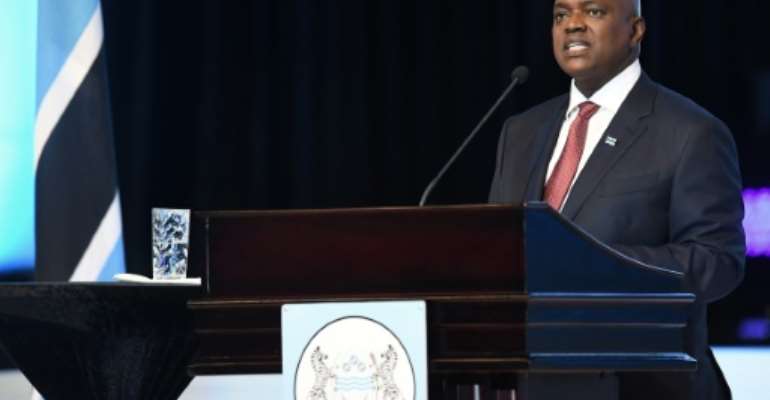 Botswanan President Mokgweetsi Masisi and all of the country's MPs are to go into self-quarantine after a nurse assigned to do screening of the legislators tested positive for COVID-19, the government said Thursday.

Health Minister Lemogang Kwape told parliament that some legislators at a special session on Wednesday had interacted with a health worker who later tested positive for the novel coronavirus.

"Everyone who was here has to undergo mandatory quarantine from here," the director of health services, Malaki Tshipiyagae, announced.

This includes Masisi, and all 63 MPs of the ruling and opposition parties.

It is the second time in less than a month that Botswana's leader will have been quarantined.

On March 21, he was forced into self-isolation following a trip to neighbouring Namibia -- which had three confirmed cases at the time -- to attend the inauguration of President Hage Geingob.

The special session was called to debate Masisi's request to extend Botswana's state of emergency for another six months -- one of a slew of measures aimed at curbing the spread of the virus in the diamond-rich country.

Parliament gave its approval on Thursday.

Masisi encouraged lawmakers to complete their tasks despite the spreading pandemic.

"Let's remember who we are to the public," Masisi told MPs. "I'm asking that let's finish this matter and go to quarantine."

The landlocked country has announced seven additional cases, bringing the tally to 13, one of whom died.

$50million gathered so far for the National Cathedral projec...
40 minutes ago