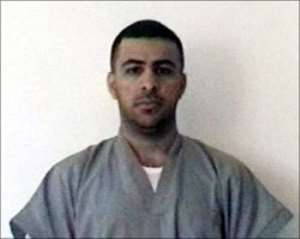 The United Arab Emirates has recalled its charge d'affaires from Iraq as demanded by a group holding one of its diplomats hostage.

The state news agency, WAM, said on Friday that Ali al-Kaabi, the UAE charge d'affaires, had returned home "after being recalled to report to foreign ministry officials about developments ... [regarding] the kidnapped UAE diplomat Naji al-Noaimi and study with them measures to ensure his safety".

Al-Kaabi's recall was the main demand raised by the group that kidnapped al-Noaimi in Baghdad on Tuesday.

A UAE official said on Thursday that al-Noaimi's safety was the Gulf state's main priority and that it was looking into the kidnappers' demands.

Al-Noaimi's family had earlier said they had heard he would be freed on Friday, but they had no official word of his release, Arab television stations reported.

Mohammed al-Noaimi, the brother of the kidnapped diplomat, told Aljazeera by telephone: "Up to now, there is no official confirmation ... and we have had no contact with Naji."

He spoke after Arab media reports said that the diplomat had been freed and was on his way to Baghdad airport to return home.

UAE officials contacted by Reuters declined to comment on the reports of al-Noaimi's release.

Al-Noaimi was abducted after a short drive from the embassy to visit a colleague. His driver was shot in the kidnapping and later died of his wounds.

Aljazeera aired a video on Thursday, apparently of al-Noaimi, from the group calling itself Islam's Banner, and said the group demanded that the UAE withdraw its charge d'affaires and close the Dubai-based Iraqi television channel al-Fayha within 24 hours.

The footage showed a man, apparently al-Noaimi, standing against a wall. No audio could be heard.

Court issues warrant for arrest of Xavier Sosu for 'disrespe...
22 minutes ago