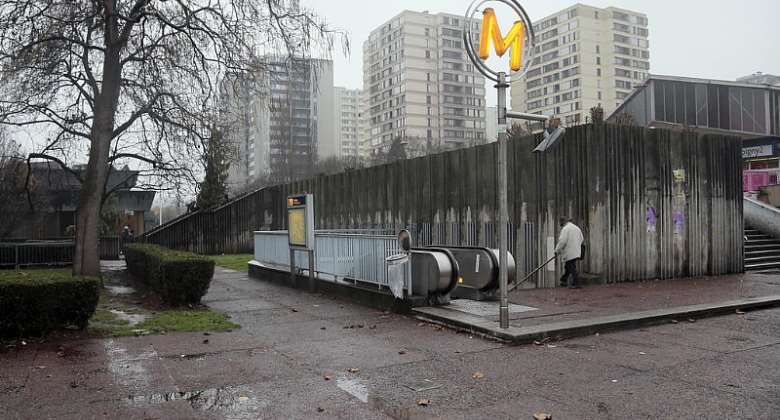 The Seine-Saint-Denis department, on Paris' northern border, has seen a worrying spike in deaths during the Covid-19 epidemic. While health authorities do not have an official explanation, the reason may be found in the inherent inequalities in France's poorest department.

Last week France's health chief, Jerome Salomon, raised the alarm that deaths in Seine-Saint-Denis increased 63 percent between 21 and 27 March, compared to the week before. In the same period, the increase in Paris was 32 percent, and in the neighbouring Val-d'Oise department 47 percent.

Salomon did not have an immediate explanation for the increase in deaths, which could be linked to the coronavirus.

The Ile-de-France region said in a statement presenting increased resources for Seine-Saint-Denis that the department is paying “a heavy price under the illness which is progressing faster there than elsewhere in the region”.

While the numbers of coronavirus infections in the department are not as high as elsewhere, the mayors are registering more death certificates than usual.

The coronavirus may be responsible, as may be underlying health concerns of the 1.6 million people in the department who have higher than average rates of chronic illnesses, like asthma, diabetes, and hypertension.

And along with being France's poorest department, Seine-Saint-Denis also has some of the lowest numbers of doctors per capita.

French President Emmanuel Macron visited the department this week and reminded people to continue going to their doctors, even for non-coronavirus-related illnesses.

“It's very important during this period to continue to see the doctor or nurse when you have a chronic illness,” he said.

Doctors across France have been encouraging people to continue treatments, as many people are skipping appointments or not reporting problems, out of concern of burdening the healthcare system.

Doctors worry they will see a spike in health complications once the confinement measures are lifted.

The coronavirus epidemic has also shone a spotlight on the social makeup of the department. France's coronavirus confinement measures require people who can work from home to do so. Many people in Seine-Saint-Denis do not have the choice.

"Today, 40 percent of French people are working from home, another large portion are on administrative leave and receiving unemployment benefits. Then there are the low-paid workers who keep France going: healthcare workers, cashiers, street cleaners, delivery workers,” Stéphane Peu, an MP who represents the department in the National Assembly, told RFI.

A large portion of these so-called “essential” workers live in the suburbs where housing is more affordable than inside Paris city limits.

"These people are required to work, often in professions where, at least at the start of the epidemic, there was no protection -- no masks, no gels. For these populations, it's a double sentence: You must go to work and remain strong, and you are exposed more than the average population."

Nearly a third of people in Seine-Saint-Denis live in social housing. In some areas, the rate is 50 or 60 percent of social housing. These are often small flats, making it difficult to practice social distancing measures -- particularly among family members, which is necessary given their work.

Some blame the increase in deaths on the population not respecting the coronavirus confinement measures. When they were first put in place, residents were chastised for not staying inside. But mayors and officials say since then the measures have been respected.

Health officials also say that the spike in deaths concerns people who were likely infected before the confinement measures came into effect on 17 March.

Emmanuel Macron thanked the Seine-Saint-Denis residents for “respecting the confinement in a remarkable way”.

Peu reacted strongly to criticism of the population, coming especially from the hard right National Rally, which accuses the government of not enforcing the confinement measures in the department.

"This makes me angry,” he said. “Instead of singling them out, we must congratulate these people. They are not people who have taken refuge in their country homes, nor are they working from home. They get up every day so that France continues to function. Let's recognise their effort."