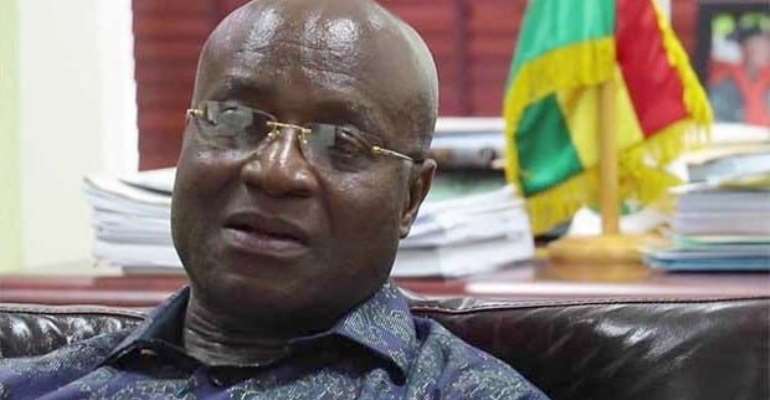 The Majority Leader, Osei Kyei Mensah Bonsu believes Ghana will struggle to keep its economy in shape if the novel Coronavirus pandemic is not kicked out within the next four months.

He said it may take Ghana close to two years for its economy to bounce back if the situation persists beyond the four-month period.

Already, the government is paying the water bills of all Ghanaians for April, May and June, as part of efforts to lessen the hardships in the country amid the coronavirus outbreak.

On the back of this, there have been numerous calls for the government to also reduce or scrap electricity tariffs for Ghanaians.

But in an interview with Citi News, the Minister for Parliamentary Affairs indicated that all these actions are already having a toll on the country.

“The President has since last week been talking about this, that he is considering whether or not the nation will have money. This matter has come before Cabinet. Cabinet is discussing it and Cabinet will make a decision. Of course, you have to look at the inflows. Don't forget that revenues have cascaded downwards, petroleum revenue, tax revenue too, and now there is a slowdown. God forbid, if this thing should continue for the next three to four months, the nation will be in big big trouble. Even with this, if we’re really going bounce back, [with] the repercussions on the economy, it will take us about two years to recover,” he said. Electricity cost can be reduced if there is money

The Majority Leader also said that electricity tariffs could only be reduced or scrapped if the country has enough funds to cater for that request.

Speaking in a separate interview on Eyewitness News, Kyei Mensah Bonsu noted that these calls can only be possible if the country’s wallet has enough money.

“It depends on the size of the wallet of the country and what could be practically achieved by government within this span of time. Water charges are going to be born for three months. We want to know what government is going to do in respect of this. Don’t forget that for now, we are talking about Accra, Tema and Kumasi. If this thing should happen in Tamale and Wa, given the statistics that are coming out, government will necessarily have to extend the assistance to the citizens of Tamale and Wa. That thought should perish. But if it should happen, what is being done for Accra and Kumasi will have to be extended to them as well and we should look at the purse of the country in all this,” he stated.

He however continued by saying that the topic is one of the many issues being discussed by the government.

“Government is considering a whole gamut of matters that they could apply to alleviate the hardships on Ghanaians emanating from the lockdown. One of them includes the electricity tariffs that they are talking about. In all this, we must also know that when we come out of this experience, the nation should be positioned to have a rebound which is the best way for us,” he noted.

He continued, “As for somebody just saying that pay electricity bills for everybody, the government could decide to do that but what will be the repercussions on the economy? What will be the effects of the efforts of government to try to resuscitate and revive the economy once this pandemic ends? So I was saying that Cabinet is considering all things among which is electricity tariffs. As to how it’s going to be done, I’m not in the position to say now but I know that’s one of the matters that’s come before Cabinet.” IES opinion on electricity tariffs reduction

The Institute for Energy Security also says a reduction in electricity tariffs can only be considered by the government if there are enough funds to cushion the revenue shortfall.

Speaking to Citi News, the Executive Director of the Institute, Paa Kwesi Anamuah Sakyi said a thorough analysis of the request is important before a decision is made.

“As such a time, you only seek for relief for your citizens. Given that we are getting money from the private sector as well as the Stabilization Fund, if it is enough, then we can consider reducing the price of electricity as well to ensure that the citizens have some form of relief. We need to have this money available to fill the gap, either than that, the power sector will suffer in future. So it is a good call but we should be mindful of how to fill the gap. For us at IES, the reliable consistent power supply is more key than to have a reduced price of a commodity and not making it available and so we should consider that in the equation,” he said.

Calls for a reduction in cost of electricity

Apart from the Minority in Parliament, Former President John Dramani Mahama is also asking for subsidization of electricity tariffs amid the Coronavirus outbreak in Ghana.

Mr. Mahama in a statement suggested that “a subsidy payment from the Stabilization Fund to the ECG and other generating companies can provide some temporary relief, however small, to consumers in this difficult period.”

The Progressive People's Party (PPP) has also asked the President to consider a waiver on electricity bills as part of social interventions put in place to cushion Ghanaians against the impact of the coronavirus pandemic.