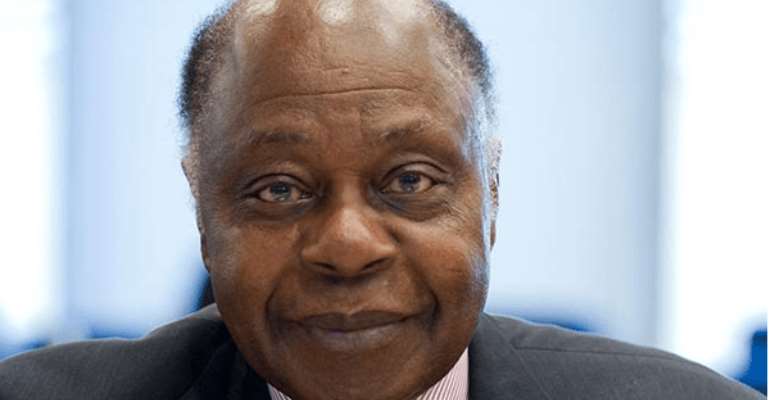 Legal luminary, Dr Thomas A. Mensah, who played a pivotal role in the country’s boundary dispute with Cote d’Ivoire, has passed on at age 87.

A former President of the International Maritime Organisation (IMO), he represented the country in a number of cases at the International Court on the Law of the Sea (ITLOS), the popular one being the boundary dispute case between Ghana and Cote d’Ivoire.

Dr Mensah was also chosen by Bangladesh in the maritime boundary delimitation dispute between Bangladesh and Myanmar (formerly Burma) in the Bay of Bengal.

In 2013, the IMO Council awarded him the prestigious International Maritime Prize for 2012.

The International Maritime Prize is awarded annually by IMO to the individual or organisation judged to have made the most significant contribution to the work and objectives of the organisation.

Donkor Fordjour confirms
Throwing further light on the late Dr Mensah, a statesman and politician, Dr Kwame Donkor Fordjour, who was a personal friend to the deceased, confirmed the passing of the man he described as “a close friend.”

On the burial arrangement, he explained that because of the coronavirus situation across the world, it was difficult for the family in Accra to move to London for that purpose.

Eulogy
He described Dr Mensah as a close friend, “ one who was more than a brother to me”.

“He was not my biological brother but he was more than a brother to me. He was my best man in 1960 and since then, we did everything together. Any time he came to Ghana, he usually came to me in Kumasi although he had his own house,” he said.

On what the death of Dr Mensah meant to the country, Dr Donkor Fordjour said it was a big loss to Ghana and added that history would remember him for paying his dues to the country.

“Ghana owes Dr Mensah a lot. He was the judge that prepared the way for Ghana’s victory over Cote d’Ivoire in the historic oil boundary dispute case,” he added.

He added that efforts were being made to inform President Nana Addo Dankwa Akufo-Addo about the death.

He then embarked on a truly international legal career, first as Associate Legal Officer at the International Atomic Energy Agency (IAEA), Vienna from 1965 to 1966 before joining the IMO Secretariat, in London, in 1968 as Director of the Legal Office.

In 1981, he was designated Assistant Secretary-General and Director of the Legal Affairs and External Relations Division, IMO, a position he held until 1990. He was also a visiting Professor of the World Maritime University (WMU), in Malmö, Sweden, from 1981 to 1990.

On leaving IMO, Dr Mensah became Special Advisor on Environmental Law and Institutions, UN Environment Programme (UNEP) in Nairobi, from 1991 to 1992. He then became Cleveringa Professor of Law, Leiden University, Leiden in The Netherlands, from 1993 to 1994.