By Emmanuel Glover || University Of Ghana 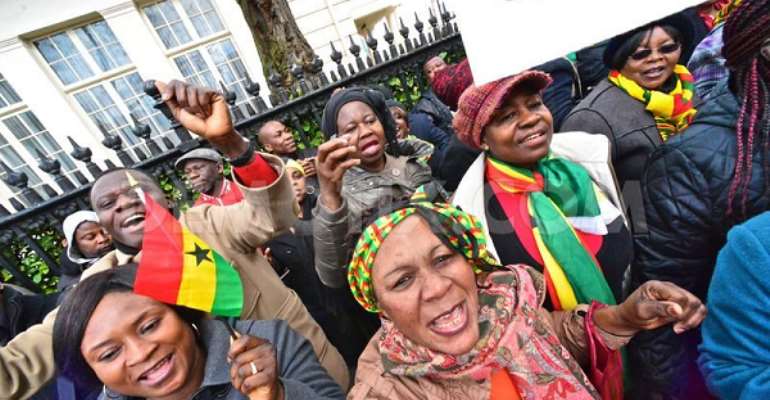 COVID-19 as known had been a global threat in these few months.It had claimed lives, disabled economies, distracted social ties and had also left many in fear. Moreover, hardship among citizens had drastically increased in many countries especially in developing ones. The world have therefore not been the same at this point in time. Countries have laid many necessary activities put aside towards the fight. The development of vaccines had been a point of focus as well as fumigation exercises corresponding to other preventive measures to keep it in check.

Watching documentations, news and reading about this Convid-19 in some countries outside Africa like Italy creates panic and fear. The situation had worsened in other parts of the globe but happens to be better on the African continent. Ghanaians must be thankful to God and themselves and be forever ready to support of collective ideas towards containing or managing it in our country.

Political figures in many countries have come together to join the fight therefore, making politics or politicising issues at this critical point in time an unnecessary venture. The battle against Corona cannot be fought when Ghanaian citizens or stakeholders involved in bringing out opinions towards the management of this global crisis in Ghana are divided by political stance.

This is therefore the time to encourage every individual involved in the fight since ideas are been collected and amalgamated into a common goal and all stakeholders must he duly recognized and encouraged for their deeds. Ideas of any stakeholder should not side-lined in the name of politics or else, the likelihood of national integration been fostered will be less which also mean that we are not ready to tackle the issue effectively. Many countries have put down good steps in this time of pandemic, we have heard America's bi- party Cooperation, and we have the great works of Rwanda's Paul Kagame and some other countries like Togo and Italy.

At this point in time many opposition leaders have put their political ideas down to help their sitting government, regardless of the point they helping their opponents to secure political scores. In Ghana,Political leaders like Dr. Paa Kwesi Nduom(the founder of PPP) had been in the news for donating a number of ambulances to support the course, Religious groups have also played a great role by donating millions of Cedis amidst other resources towards this same idea.as well as other organisations donating into the course. Moreover, H.E John Dramani Mahama also donated PPEs worth 390,000 cedis to some hospitals. The President and Some Members of Parliament have donated their salaries and other resources too while some Parliamentary Candidates like Mr. John Dumelo are also doing well to support their people in this hard time. Correspondingly, donations had been made by various civil society organizations and non-governmental organizations as well as citizens home and abroad to support the idea. Health professionals and others deployed for security activities are also doing a great work risking their lives corresponding to media men and women who are regularly prompting the government and citizens on issues that need to be worked on.

Ghanaians should however understand that, the efficacy of our government to combat the situation at hand will be through collective efforts from each and every Ghanaians. Therefore, politicians or leaders should live exemplary life. They should not bring illogical arguments or unhelpful talks since many citizens rely on their words. As critics cannot be neglected in a democratic system as that of Ghana, politicians, the media and ordinary Ghanaians are also mandated to bring out genuine criticisms which have the efficacy of changing situations, making things better and bringing of the likely misdeed of the sitting government. Criticism from members of the sitting government to the oppositions should also be genuine. At this point in time tolerance should be our highest priority. Our ability to contain and understand the ability of opposing views to make things better will be of great help.

.
As stated in a paragraph above, the fight against corona is not a political fight and cannot be fought when citizens are politically divided. “We are all involve in building our motherland" quoting from one song which fosters patriotism. Therefore citizens of this great nation should be ready to build it neglecting biases, unnecessary politics, unpatriotic talks and tensions uncalled for. Ghana will be better but citizens should be united towards making the country better. Citizens should therefore be ready as patriots to fight it together and at the end of a successful battle, the glory will be for the entire nation.