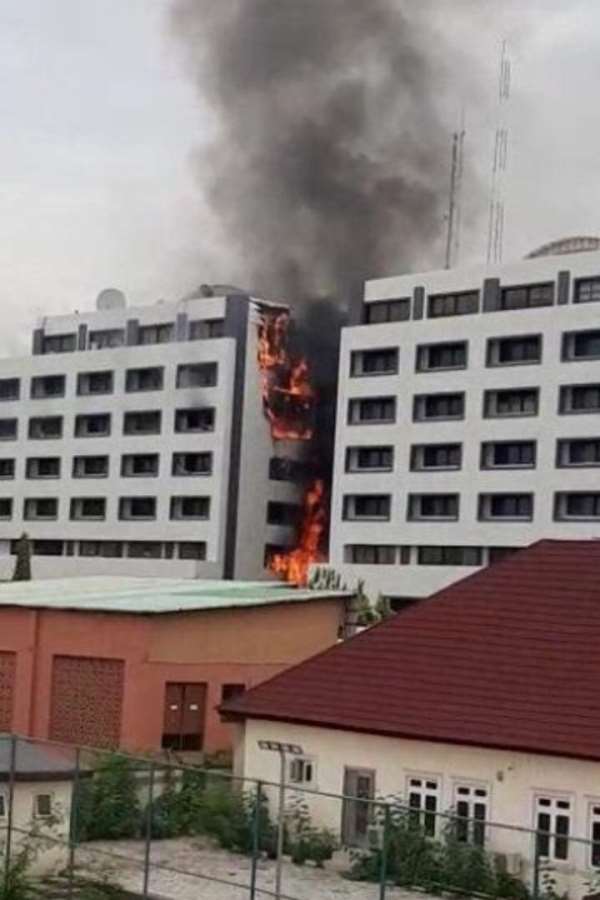 The Office of Nigeria's Accountant General has been razed by fire.

But citizens are suspecting foul play by authorities.

It was engulfed by fire on Wednesday, April 8, after the Nigerian Government was asked

to explain how it distributed two trillion naira to the poor.

“We need names, how u arrived at ur database & the demographic spread”- NASS had asked the Federal Government of Nigeria.

“We have the records. They are with the Acc. General” Nigeria's Ministry of Finance had reportedly responded.