Covid-19: Kasoa Markets To Be Closed Over Social Distancing Issues 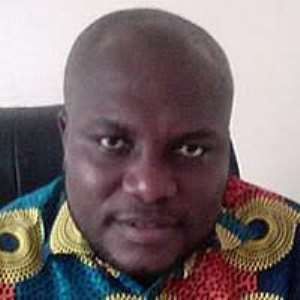 The two popular markets in Kasoa in the Awutu Senya East Municipality are set to be closed down by the Municipal Chief Executive Executive (MCE), Hon Michael Essuman Mensah.

The closure was communicated in a release sighted by Modernghana.com, dated April 8, 2020 and takes effect April 8, 2020.

According to the release, the directive became necessary after reluctant to comply with the rotation of traders and disregard for social distancing protocols proposed by the assembly to curtail the spread of COVID-19.

However, alternative arrangements have been made by the assembly for satellite markets to be carried at the Odupong Zion School Park, Datus School Park Akweley Anglican School Park and Ofaakor D/A School Park. 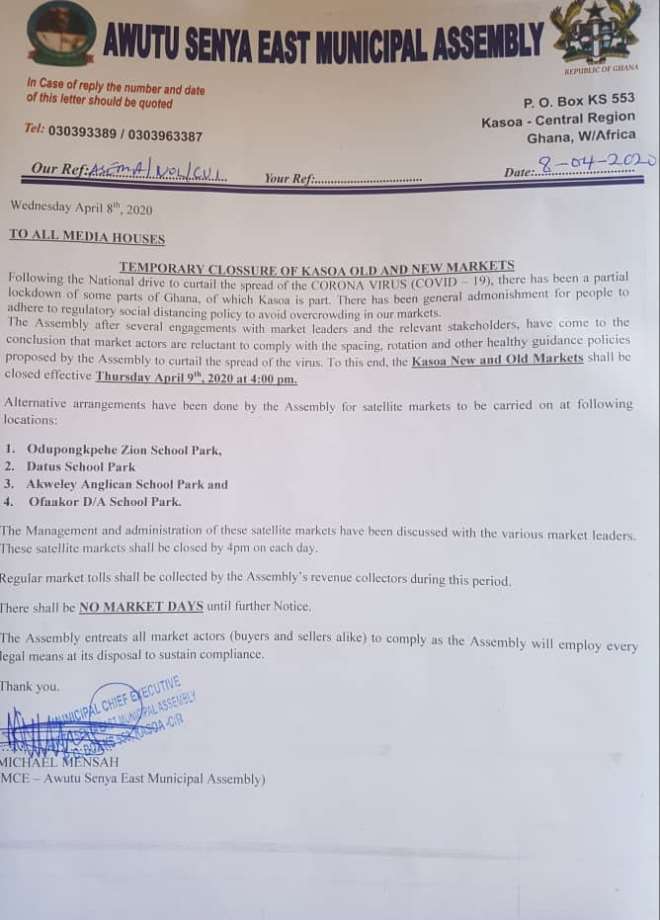