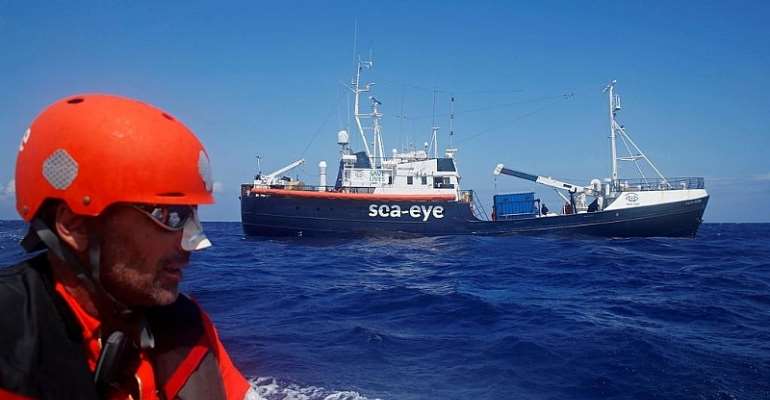 The Italian government has declared its own ports unsafe due to the coronavirus epidemic. A new decree signed by the Ministers of the Interior, Transport, Health and Foreign Affairs says that due to the emergency, charity boats carrying migrants rescued in the Mediterranean, will not be permitted to dock.

The decree, issued late Tuesday, states: “For the entire duration of the national health emergency caused by the spread of the Covid-19 virus, Italian ports cannot guarantee the requisites needed to be classified and defined as a place of safety.”

The ministers felt they had to take a decision after the Alan Kurdi vessel belonging to the German NGO Sea-Eye rescued some 150 African migrants off the coast of Libya and headed towards Italy, which has over the years taken in many migrants picked up at sea.

The charity ship returned to patrol the waters in search of migrants attempting to cross over to Europe last week. For a few weeks, with the outbreak of coronavirus in Italy, the arrivals of migrants on boats had subsided.

As it announced that it had rescued the migrants with a Tweet, the Sea Eye wrote, "Even when life in Europe has almost come to a halt, human rights must be protected," adding that, "Now our guests need a port of safety." In a separate statement, the charity also called on Germany to accept migrants.

The Italian government declared a 6-month state of emergency due to the coronavirus outbreak from 31 January to 31 July, so no ships carrying migrants will be allowed to dock until the emergency ends.

However, this deadline could be extended if the authorities consider it necessary.

Infections in Italy have started to drop after days of what experts described as a plateau. But the warning to all is to remain indoors as the emergency is far from over.

Although Italians are aware of the health concerns, many are getting restless and want to resume their lives. 150 academics published a letter in one of Italy's national dailies urging the government to unblock the economy.

After a five-week lockdown, and concerned by an impending economic catastrophe, they urged the authorities to find a way for businesses and industries to reopen and allow employees to return to work or face social and economic consequences that could lead to irreversible damage.

Italy has suffered the highest death toll from coronavirus with more than 17,000 cases since the first person died on February 21. But, there is still much uncertainty and little optimism in the country, as the government has not yet announced how Phase Two, as it calls it, will work.

The question remains: When will the strict restrictions in place be lifted? Italians have only been told this will be a gradual process. A clear government strategy, for what will come next has yet to be revealed, with many Italians wondering whether the government has even thought about or considered an exit strategy.

We won't allow filibustering of anti-gay bill, it will be ma...
13 minutes ago