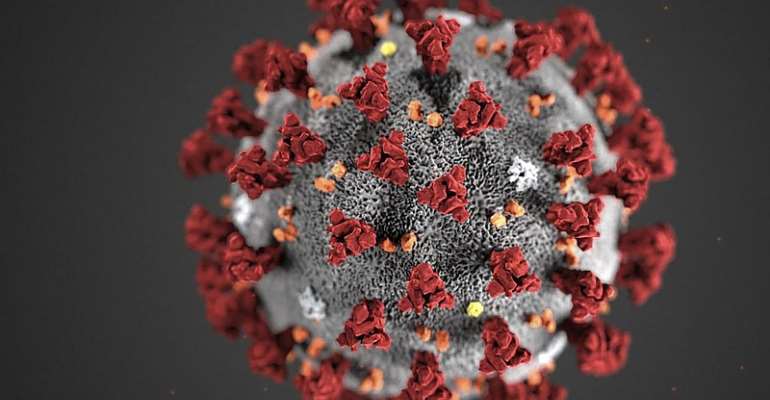 Centers for Disease Control and Prevention/AFP/File

Mauro Ferrari, the president of the key European Research Council funding agency, has resigned after only 3 months in the job, slamming the EU's approach to funding coronavirus research. The ERC rejected his criticism, saying Ferrari was asked to quit due to lack of commitment.

Ferrari said he was “extremely disappointed by the European response to Covid-19”. He claimed he had arrived at the ERC "a fervent supporter of the EU” but that the Covid-19 crisis had completely changed his views.

Credited as one of the founders of nanomedicine, Ferrari said in his statement to FT that he had proposed the idea of a special ERC programme to combat Covid-19 to provide some of the best scientists in the world with resources and opportunities to fight the pandemic. He had hoped “to replace the oft-improvised intuitions of political leaders”.

He said the European Scientific Council, which is the ERC's governing body, had rejected the idea, saying its remit was to fund “bottom up” and not “top down” research.

The ERC has a 2 billion euro annual budget.

A statement issued on Wednesday by the European Scientific Council sharply contradicts Ferrari's version of events and sheds light on a relationship which appeared to have completely broken down.

The statement says that on 27 March, all 19 active members of the ERC's Scientific Council had called for Ferrari's resignation in a written unanimous vote of no confidence.

The statement accuses Ferrari of a lack of commitment to the job, saying he failed to participate in many important meetings and spent “extensive time in the USA”.

The signatories say he used the position “to promote his own ideas” and was involved in “multiple external enterprises, some academic and some commercial…which appeared on several occasions to take precedence over his commitment to ERC”.

When he was given the job, in an unusual arrangement, it was agreed that Ferrari could maintain some of his activities in the US, including a paid board position at a US biotech company, Arrowhead Pharmaceuticals.

On the specific issue of funding a special initiative focused on the Covid-19 disease, the Scientific Council said that such an initiative was not within its remit and that the Research and Innovation Directorate General, a different EU body, was already very active in this area.

German MEP Christian Ehler, who leads EU research legislation, made a similar point in a statement rebuffing Ferrari's criticisms. He described Ferrari's proposal to set up a large-scale scientific programme as a “window-dressing public relations stand on the coronavirus crisis” and a “contradiction to the legal basis of the ERC.”

The ERC, by law, funds research proposed directly by scientists – if peer review panels organised by the agency agree that their work is valuable.

Ferrari's statement says he knew his idea for “top-down” Covid-19 grants was not in line with the agency's normal “bottom-up” practice, but he felt it was justified by the emergency.

The online newsletter Science Business says a number of virologists and epidemiologists who receive funding and have been conducting research for the agency have now joined applied Covid research teams on the Commission's other programmes, which have close connections to the ERC.

According to Science Business, these EU funded programmes include the emergency Horizon 2020 collaborative projects for vaccines, cures and tools and the Innovative Medicines Initiative.

The Commission has also provided €80 million in financial support for the German vaccine maker Curevac and up to €164 million in grants to small businesses developing possible Covid-19 solutions.