Democracy Has Rather Civilized and Humanized Ghanaians 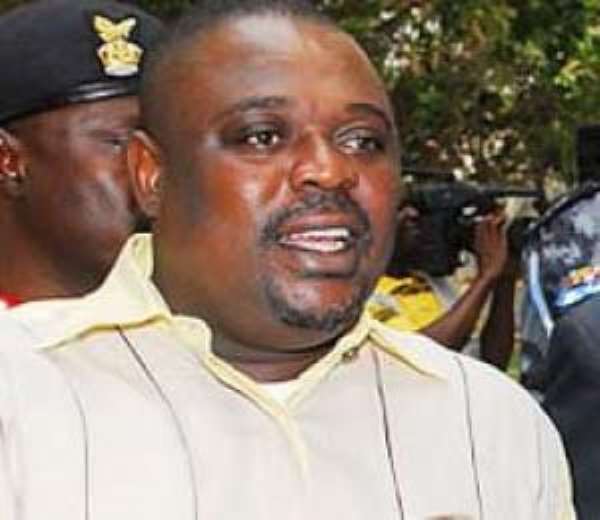 He clearly appears not to be a student of history, or at least not a good one at that; so, it is absolutely pointless for anybody to attempt to seriously engage Mr. Koku Anyidoho in any debate verging on the damnable extent of the damage and destruction that military junta dictatorship has wrought on the nation and the Ghanaian people at large. You see, the question of discipline is one of culture – both at the domestic level, that is, home training, and the societal level – so that is where the national conversation on health and hygiene or sanitation ought to begin (See “Democracy Has ‘Dirtily’ Enslaved Us – Koku Anyidoho” Peacefmonline.com / Ghanaweb.com 4/8/20). It is also an open secret that, by and large, it is the gross and professional indiscipline of the Army/Military in Africa that has wreaked untold socioeconomic and cultural havoc on the African continent.

In Ghana, other than the much-maligned but unarguably the only progressive military regime, that is, the 6-year period of the Ignatius Kwasi Kutu Acheampong-led National Redemption Council (NRC), subsequently renamed the Supreme Military Council (SMC – I), junta that notched the most impressive economic achievement of any government since the Kwame Nkrumah-led government of the Convention People’s Party (CPP), the record of junta governance in the country is at best simply chaotic and dismal. For the most part, the bane of Ghana’s scandalously massive postcolonial underdevelopment could almost squarely and wholly be chalked to the Flt-Lt. Jerry John Rawlings-led juntas of the Armed Forces Revolutionary Council (AFRC) and the Provisional National Defense Council (PNDC); and, of course, the Rawlings-led faux-civilian and democratically elected regime of the National Democratic Congress (NDC), the regime that virtually singlehandedly introduced the wantonly environmentally destructive, Chinese-made Chanfang-excavator-engineered illegal small-scale mining industry, popularly known as Galamsey, into the country.

Is this the sort of “Military Discipline” that Mr. Anyidoho would have Ghanaians believe did a lot to facilitate the upgrading of environmental hygiene and a quality-of-life improvement in the country? It is actually the military-induced and AK-47-enforced Culture of Silence that has made Ghana’s present democratic dispensation smack of a rank season of decadence, as the overwhelming majority of hitherto oppressed and repressed Ghanaian citizens began to feel a great sense of the liberation and dignity that they were brutally denied for some twenty years by the Rawlings dictatorship which, by the way, did a diddly little to significantly enhance public health and environmental hygiene in the country. I mean, after all, wasn’t the Rawlings-led junta of the Provisional National Defense Council that effectively collapsed the hitherto colonial era-fangled salutary culture of the Town Council or “Tankase” system of regular inspection of personal hygiene and domestic and communal hygiene as well? The golden-age era when the head of a household could be issued a summons by local health inspectors and heavily fined by the magistrate for the crime of reckless endangerment of domestic and public health?

You see, merely suppressing free expression does not carry with it any significantly progressive socioeconomic benefits for Ghana or any military-occupied and dominated country in the world, for that matter. To achieve the kind of progress that is being presently experienced in Ghana, a leader needs to be visionary and foresighted and, most of all, be generously equipped with a feasible and pragmatic policy agenda. This is what Ghana’s fifth Fourth-Republican President, Nana Addo Dankwa Akufo-Addo, appears to be more generously endowed with than any of his four predecessors, namely, Messrs. Jerry John Rawlings, John Agyekum-Kufuor, John Evans Atta-Mills, late, and John Dramani Mahama, reputedly the most grossly incompetent among the four. You also cannot blame the sometime Communications Director of the Atta-Mills’ Presidency for envisaging “discipline” through the tinted lenses of junta dictatorship.

You see, the critic’s own father is a retired general of the Ghana Armed Forces. What Ghanaians direly need is a well-trained law-enforcement agency, not Ak-47-toting bloodthirsty olive-green khaki-wearing soldiers who woefully lack a cohesive sense of nationalism. Our soldiers, especially those of the Army Corps of Engineers, are needed at all times but most especially in times of national emergency to complement the efforts of both the personnel of the Ghana Police Service (GPS) and the civilian population of the country at large. Cleaning garbage in gutters and city streets and neighborhood is squarely the job of a specially trained sanitation force, both publicly and privately employed sanitation workers. The efforts of our soldiers would be better geared towards the building of small and easily constructed and/or assembled bridges and culverts across the country, such as is routinely done in technologically advanced nations like the United States, Canada and, I suppose, the UK as well.

In the event of the outbreak of a cholera epidemic or pandemic, for example, the services of the Military Police would be needed to help to quickly turn things around. Other than the foregoing case scenarios, I don’t see how we need an overbearing and insufferably arrogant and power drunk Salifu Amankwaa to keep the Kwame Nkrumah Circle clean or, for that matter, any of our cities’ streets and alleyways clean. What we definitely need is a well-trained army of no-nonsense health inspectors and police personnel authorized to issue court summonses to litterbugs, reasonably well-paid personnel who cannot be easily bribed or corrupted and compromised on the least opportunity that arises during the course of their duty to make a cedi or two.

Don't worry yourselves contributing Ghc100 to support Nation...
15 minutes ago