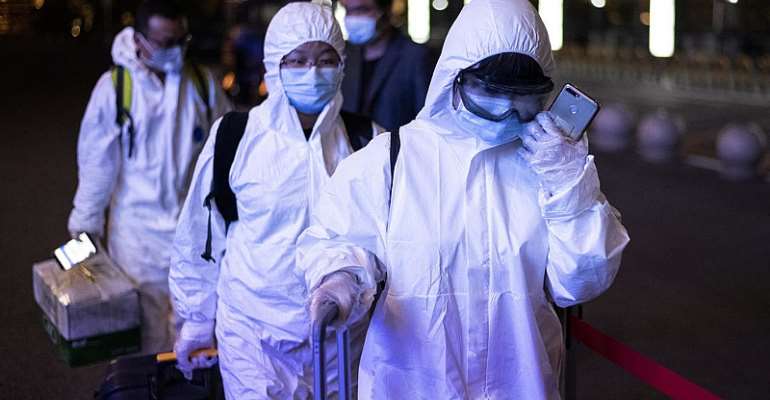 The city of Wuhan has awakened from its lockdown as Chinese authorities ended coronavirus restrictions of more than two months. The city of 11 million people, the epicentre of the Covid-19 outbreak, had been effectively sealed off in a move symbolic of Beijing's strict and aggressive management of the crisis.

Cases of Covid-19 infection in Wuhan surpassed 50,000 and more than 2,500 people died, according to official figures cited by Reuters. Wuhan represented 80 percent of all coronavirus deaths in China.

As of 8 April, more than 1.4 million people have been infected around the world and deaths number 82,000, striking a blow to the global economy as governments impose lockdowns to restrict the spread of coronavirus.

China's measures to contain Covid-19 exacted “a heavy economic and social toll”, according to a piece by Reuters journalists Brenda Goh and Ryan Woo from Wuhan. Residents expressed uncertainty over the continued risk of infection as well as relief that the lockdown had come to an end.

Travellers at Wuhan's Tianhe airport donned full protective suits, long raincoats or face shields as flights restarted. Flights to international destinations and the capital Beijing have not yet resumed.

People were officially allowed to enter the city on 28 March, however some restrictions remain in place with residents urged not to leave the city or province unless absolutely essential.

Coronavirus 'not yet conquered'

Hubei province vice governor Cao Guangjin told journalists that people needed to “remain calm”, but “not relax”, because the authorities have yet to claim “final victory”.

Shopping malls reopened on 30 March and long queues have formed at grocery stores as requirements to remain one metre apart are still in force. Other Wuhan residents have enjoyed the warmer weather and resumed sporting activity such as badminton and dancing.

Only three new cases have been confirmed in Wuhan in the past three weeks, said Reuters. However, there are concerns about new cases in northern border cities.

Restrictions in Suifenhe city in Heilongjiang province were announced on Wednesday with a Covid-19 lockdown similar to the measures endured by Wuhan.

Cases jumped in Heilongjiang province by 25, presumably driven by infected travellers crossing the Russian border, according to Reuters.

Suifenhe residents are under orders to stay indoors with essential purchases to be made once every three days by one person per family, according to state television.