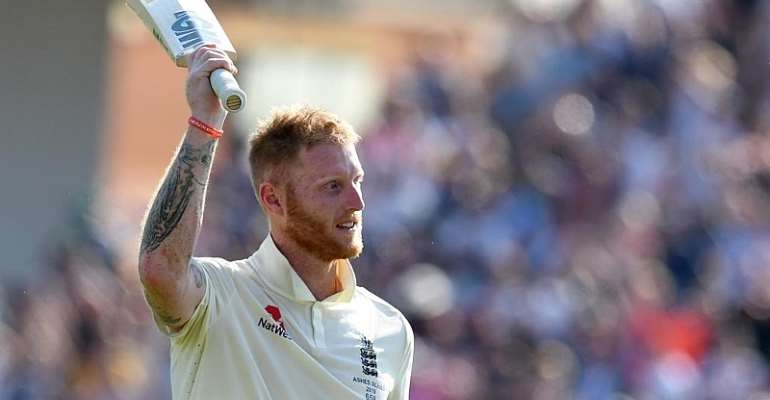 "Ben Stokes pulled off the performance of a lifetime - twice in the space of a few weeks," said Wisden editor Lawrence Booth.

"First, with a mixture of outrageous talent and good fortune, he rescued England's run-chase in the World Cup final, before helping to hit 15 off the super over.

"Then, in the third Ashes Test at Headingley, he produced one of the great innings, smashing an unbeaten 135 to pinch a one-wicket win.”

Stokes is only the second England international to receive the leading cricketer of the year honour since its inception in 2003. Andrew Flintoff was the first in 2005.

Greatness
In the 157th edition of the Alamack, Booth adds: “Every so often, an England cricketer joins the national conversation. First among equals is WG Grace, because he put the sport on the map.

"But others have kept it there: Hobbs, Hutton, Compton, Botham, Flintoff, Pietersen and now Stokes. Of the three modern all-rounders, Stokes can be the greatest.”

Honour
Wisden's five cricketers of the year, an accolade dating back to 1889, includes England's Jofra Archer. He is cited for “an unprecedented impact in his first summer as an international cricketer”.

Spin bowler Simon Harmer is acclaimed for his wickets that helped Essex to their second Championship title in England in three years. The Australians Pat Cummins, Marnus Labuschagne and Ellyse Perry are also saluted.

Cummins and Labuschagne were both key features of an Australia men's team that retained the Ashes during the tour of England.

Perry was part of the Australia side that won the women's Ashes series.

The 29-year-old also claimed the leading female cricketer in the world award for the second time since the prize was established in 2014.