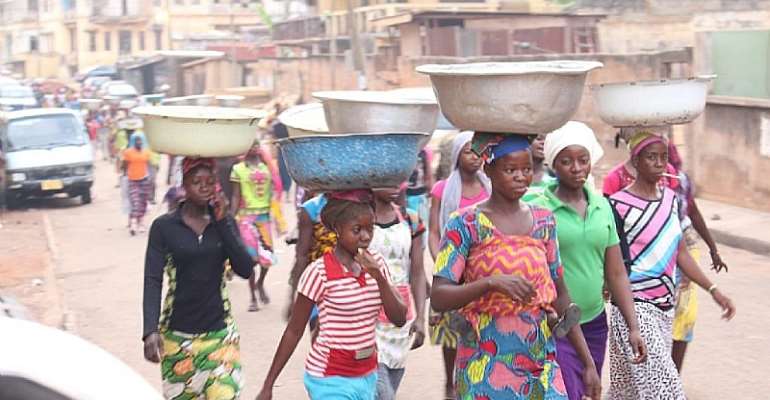 The Member of Parliament for Yagaba/Kumori has raised concerns about what he calls inconsistencies the promise by government to provide Kayayes and other vulnerable groups suffering the biting edge of the lockdown in Accra and Kumasi daily upkeep.

According to Ibrahim Abdul-Rauf Tanko, claims of the Minister of Gender, children and social protection that no one had promised cash handouts to Kayayes, contradicts promises made by senior members of the executive to the clusters targeted for feeding support.

The sector minister Cynthia Morrison had rebuffed claims by head porters that government was going to offer them money aside the provision of hot meals and dry foodstuff, marshalled to alleviate the hardships of some persons identified in the COVID 19 hotspots where a partial lockdown is in force.

Speaking on the special COVID 19 edition of Starr Today, the MP pointed out that he has evidence of the Minister of local government Hajia Alima Mahama and the deputy Agric Minister Sagre Bambangi assuring the Kayayes in their local language of a daily stipend of 10 Cedis throughout the period of the lockdown.

The livid Yagaba/Kumori legislator who has been going around some of the camps where the vulnerable are being supported described the exercise as discriminatory juxtaposing their conditions with the huge sums government paid to quarantine travellers in plush hotels.

It appears the Minister of Gender Children and Social Protection Cynthia Morison will have it tough dealing with the thousands of helpless persons some of whom she lamented are being choosy rejecting apartments designated for their stay and proper care.