French economy shrinks to WW2 levels, no end in sight for Covid-19 lockdown 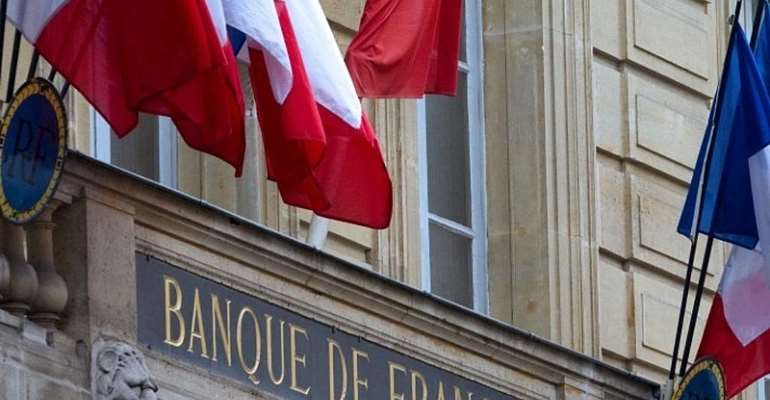 The coronavirus lockdown has caused France's economy to shrink 6 percent in the first quarter of 2020, its worst performance since 1945, according to Bank of France estimates Wednesday.

France's gross domestic product (GDP) shrank by an estimated 6 percent due to measures to contain the spread of Covid-19, according to a Bank of France report on the economic impact of nationwide confinement.

“Every two-week period of confinement cost us about 1.5 percent of GDP and an additional 1 percent of public deficit,” central bank governer François Villeroy de Galhau said.

The last time France recorded a worst single-quarter economic performance was in 1945, at the end of the Second World War.

As the economy shrank by 0.1 percent of GDP in the fourth quarter of 2019, France entered into recession, which is defined by two consecutive quarters of negative growth.

Following publication of the data, European stock markets went into retreat when they opened Wednesday, with Paris' CAC 40 index down 1.6 percent Frankfurt down 1.0 percent, Madrid down 1.2 percent and Milan down 0.4 percent.

Construction industry hit hardest
France entered an intial two-week confinement on 17 March that was extended until 15 April. Prime Minister Edouard Philippe said on 2 April it would probably be extended further.

France's central bank based its report on an investigation of 8,500 companies carried out between 27 March and 3 April.

The investigation found overall economic activity dropped by 32 percent during the first two weeks of confinement, corraborating with the 35 percent figure offered by the national statistics office, Insee.

Construction was the hardest hit sector, reporting an average loss of three quarters of activity, followed by shops, transportation, hotel and restaurant services, which reported average losses of two-thirds. Along with manufacturing, these sectors make up 55 percent of France's GDP.

Less severly effected but still reporting significant losses were the agriculture and food industries, refinery and energy and finance and real estate services.

The labour ministry reported meanwhile the number of people seeking partial unemployment reached a record 5.8 million, representing one in four workers in the private sector, at a potential cost of 19.6 billion euros over the three months of the quarter.

Losses surpass May 1968
The Bank of France said the last time there was a comparable single-quarter drop in GDP was in 1968, due to civil unrest in May of that year that caused widespread economic disruption.

The May 1968 unrest lasted about five weeks, but there was no end in sight to nationwide confinement that was entering its fourth week on Wednesday.

The head of a medical council advising the French government said Wednesday the lockdown should be extended for several weeks.

Professor Jean-François Delfraissy, head of the 10-member scientific council that advises the government about how to handle the Covid-19 epidemic, said as many as 17 million French people are at serious risk from the new coronavirus.