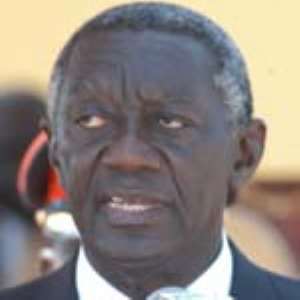 The woes of the Ghanaian passport keep deepening everyday, not only because the present passport is fast losing its dignity and security because of fraud.

There is the fact that, the current passport does not meet International Civil Aviation Organisation (ICAO 9303/3) and Interpol specification required by all nations.

Fresh trouble is brewing again. Very soon, the passport office would run out of booklets because a contract of 7 million pounds sterling aimed at ensuring that all Ghanaians get access to the state of the art biometric passport, which would help the nation redeem her bad passport image and earn respect from the international community, has been put on hold.

The biometric passport, is required by all countries with visa waiver or not, in accordance with ICAO specification – has the most current security features and the highest protection against fraud and duplication.

The proposed biometric passport, which has been designed to perfectly fit into the sophistication and complexity of the National Identification System (NIS), should have kick-started as far back as October 2005.

The contract was signed in April, 2005 and was expected to be funded from the Consolidated Fund.

The biometric passport is currently being used in South Africa, Mali, Togo, among other countries, and has the digitisation of photographs and finger prints.

Towards this 2006 World Cup, Togo, which is Ghana's next door neighbour with it's population hovering round 6 Million had its nationals securing over 4,000 visas out of about 6,000 applicants from the German Embassy because of the credibility of their biometric passports.

Ghana, which is more developed with the population of over 20 million have so far secured less than 200 visas from over 9,000 people interested in watching the Black stars play in Germany partly because of the lack of credibility in Ghanaian passport. It is not in conformity with international standards.

Quasi Quartey and the Minister even planned a transition between the old and the new passports before the old is completely phased out.

A Cabinet sub Committee led by the Chief of Staff and Minister for Presidential Affairs, Kwadjo Mpiani, with representation from the National Security, Foreign Affairs, Ministry of Interior, met over the biometric passport in January this year.

They took advice from the Passport Office and the Ghana Immigration Service to ensure that the biometric passport met all the requirements raised by those institutions. After the meeting, it was reiterated that Ghana could not wait but quickly redeem its image by starting with the new passports.

Government of Ghana stands to make a minimum of $83 million in revenue from the biometric passport as against 16 million dollars this present passport contributes to the coffers.

Interestingly, a letter from the Chief Staff and Minister for Presidential Affairs sabotaged the process of implementation of the biometric passports.

The letter sought to give the impression that National Identification Authority (NIA) was unhappy with the biometric passport.

However investigations by the Weekend Crusading Guide indicates that NIA made recommendation that were all brought on board to ensure that the new passport was compatible with the National Identification System.

A letter intercepted by Weekend Crusading GUIDE, indicated that National Identification Authority had even pointed out that it would have its technical team work with the passport office on the biometric passport in order to ensure effective operation and maintain the communication standard require to protect shared information.

The NIS, under the able leadership of Prof. Dumor, NIA has pointed out it has never objected anywhere that it did not want the biometric passport.

Who in the Castle is trying to stop Ghanaians from sampling the delights of the biometric passports and why is the NIA being used as decoy to sabotage this national exercise?

It is also in the extreme interest of certain individuals that the old passport continues to be used, so that the can always perpetuate their fraudulent activities and make money at the expense of national dignity.

Readers will recall that The Crusading GUIDE recently published a stinky passport deal whereby large quantities of Ghanaian passports are issued to non-Ghanaians and fraudsters outside the country.

The first story was carried with the headline 'THE PASSPORT SCANDAL' (25 April to 1ST May, 2006) and followed with another scandal with headline PASSPORT MAFIA 'DON' BUSTED in the 27th April to 3rd May, 2006 edition. Please stay tuned.