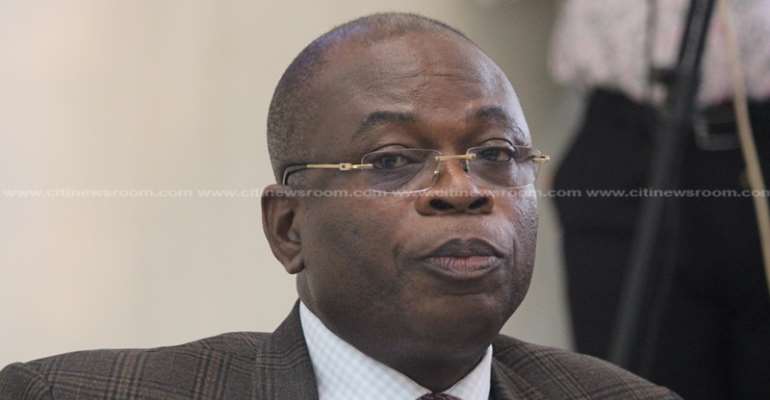 The Minority in Parliament says it will only abide by the recall of legislators if proceedings remain focused on the coronavirus pandemic, James Avedzi, the Deputy Minority Leader has said.

“If this recall is about the COVID-19 pandemic, we are prepared to meet but not any other business,” Mr. Avedzi stated on Eyewitness News.

“Once the issue is something that Minority has been calling for all throughout last week, and that is the issue for which the house is being recalled to attend, we the Minority will attend sitting,” he added.

Prof. Aaron Mike Oquaye, Speaker of Parliament recalled the country's legislators after the suspension of proceedings on Saturday to allow for the Finance Minister, Ken Ofori Atta, to present a policy statement on government's measures to contain the novel coronavirus pandemic later on Wednesday.

This recall was expected given the monetary commitments the government had made to fight the pandemic, according to Mr. Avedzi.

“We knew that the Finance Minister could not have spent the money out of the contingency fund without the approval of Parliament so we kept asking him.”

The Majority Leader, Osei Kyei-Mensah-Bonsu, however, indicated that the recall was done without a consensus.

He said on Eyewitness News that he had not been able to reach the Minority Leader, Haruna Idrissu, on the matter.

“You can only build consensus with people who avail themselves. I have called the Minority leader several times…his phone is eternally engaged and I believe there must be a purpose to that.”

The Majority Leader added that he has also sent text messages but “for the first time he has refused to relay back to me.”

His comments come on the back of tensions between the two caucuses following the suspension of sitting instead of an indefinite adjournment.