Time To Borrow A Leaf From The Chadian Army 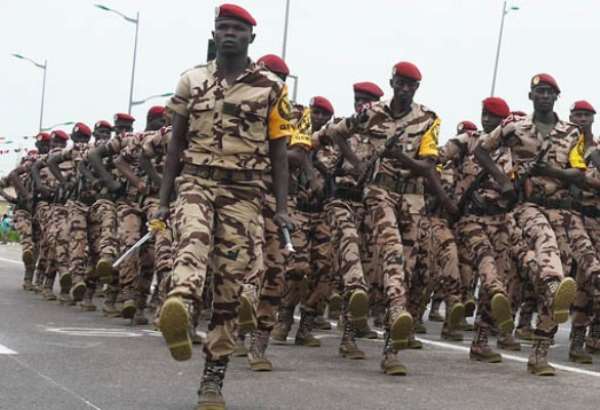 Apart from the few recoveries of covid-19 patients and curtailment of further spread of the killer coronavirus, no news is now more refreshing, heartwarming and assuring than “Operation Boma Wrath," a reprisal offensive by the gallant Chadian troops on Boko Haram terrorists, following an attack on a Chadian military base on March 23 that killed 98 soldiers. The Chadians called it the worst attack ever on its military. The commander in Chief of the Chadian armed forces, President Idris Debby, did not mince words when he assured his country that he would crush Boko Haram around the Lake Chad region. His troops destroyed five bases of the Boko Haram terror group. Chadian soldiers demolished Boko Haram hideouts, detained and killed several insurgents and recovered thousands of weapons. This operation has sent Boko haram fighters to sleep. However, we should not take this victory for granted. They may regroup and launch a more deadly attack when we least expect it.

It is not the victory of the Chadian troops at the battle of Kelkoua (bank of the Lake Chad) that witnessed the obliteration of many terrorists and the destruction of bunkers hiding key commanders which is the gist of the story. Idris Debby’s uncommon courage in leading the attack is the key point here. Nothing boosts the spirit of soldiers in the battle field than backing from compatriots and encouragement from military top brass and from the president and commander in Chief. Debby did not only stop in one position, read a prepared speech in front of cameras, got the normal applauses and then flew back to his comfort zone-the presidential palace in N’Djamena. He led the operation.

He participated in discussions on strategy and even gave a helping hand to the soldiers performing lowly tasks such as cooking. He moved around the different military formations in the area, in military helicopter and pickup truck. This singular act of the president served as the tonic and morale booster that heightened the fighting spirit of the Chadian troops. This tactful move had encouraged the soldiers’ zeal to fight which led to the victory of operation Boma wrath.

In a long asymmetric war with non-state actors like the Boko Haram, soldiers in the war front need encouragement from the nation. And there is no better encouragement than for the commander in Chief to be in the midst of his troops during the most trying moment of their lives. It was that gap Debby filled during his frequent visits to the battle ground. His presence gave the soldiers hope. This is the reason American presidents visit soldiers in the battle fields. We have seen that in Afghanistan and Iraq. It is a tradition which pays dividends and is worthy of emulation by nations.

The heavy blow of the Chadian army to the terror group has humbled its leader, the deranged and comical Shekau. The defeat had chinned him to the marrow. He was quite sober in his last audio message. Shekau could not come out in video this time around. He was speaking not in his usual abusive, boastful and comical manner. The message of the infamous Amir of Boko Haram terrorists depicted a visibly shaken and broken-down man.

We should not forget that Nigeria, not Chad, Cameroon or republic of Niger is the birth place of Boko Haram. It is the hardest hit country by the group. Our country has been fighting the ragtag but merciless army of misguided “Muslims” for over 10 years. Boko Haram terrorists have held our nation hostage for so long. The senseless war has led to the death of thousands of innocent bystanders, wanton destruction of property and loss of billions of naira to the nation.

It is worrisome to fathom that there is no end in sight to this senseless and devastating onslaught by terrorists on our nation. To fight and finish Boko Haram is our responsibility. It is our war. This is why Nigerians are elated anytime Boko Haram suffers a major defeat. Therefore, it is our common interest as Nigerians to decisively defeat the enemy Boko Haram, so that our people will have a sigh of relief. We should seize the momentum of the Chadian assault and finish the war at once.

As usual, the recent victory of the Chadians in the multinational war against terror in the Lake Chad region gave opportunity to some unpatriotic Nigerians to disparage government and our soldiers. The opinion of some of our countrymen on the social media about the topic is uncharitable and embarrassing to be spoken about. They are so biased and hypercritical of the Nigerian soldiers as if the soldiers have never recorded any victory in the war against Boko Haram. It is spurious and a gross injustice to condemn the Nigerian soldiers for nonperformance in the battles.

In less than 24 hours of writing this piece, the multinational joint task force (MNJTF), under operation Yancin Tafki, combined air and ground forces of Nigeria and Niger republic launched a successful offensive on Boko Haram enclaves in Timbus. The coordinated operation neutralized 19 Boko Haram terrorists, destroyed 2 gun trucks and captured many fleeing insurgents. This is not trending because it is not what traitors and veiled enemies of Nigeria want to hear. If it were the other way round, the social media space would have been awash with condemnations. I agree that this is the right time to have a critical look at the strategy and approach of our soldier to the war in order to give it a final blow.

I am not by any means comparing the defense expenditure and military strength of Chad and Nigeria. This is a topic for another day. However, there is no disputing the fact that Nigeria can learn from the Chadian experience. But that should not be at the expense of demoralizing our soldiers at the battle front. No civilian has the temerity to face the Boko Haram terror group. Were it not for the modest efforts of our troops to defend us, Boko Haram would have taken control of the North East and inched further into the North West. It is the soldiers we belittle and vilify that fight the war. Soldiers are the pride of the nation. As the Chadians and most countries of the world do, Nigerians have no option than to support their soldiers in this time-consuming, senseless, directionless wasteful and bloody battle.