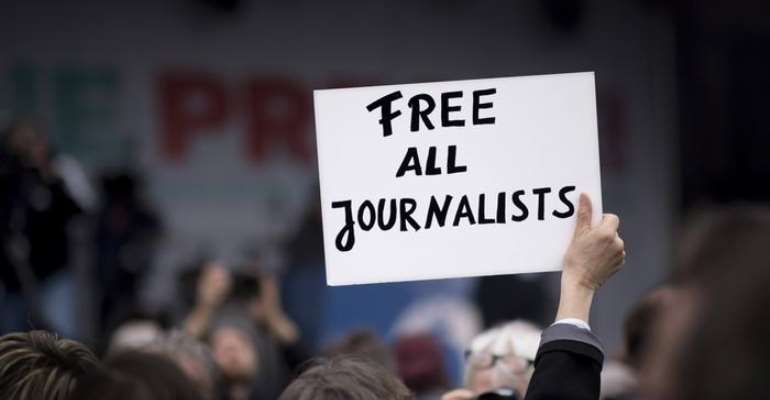 Last week, the Committee to Protect Journalists published an open letter to world leaders urging the immediate release of all journalists imprisoned for their work. Given that a staggering number of these imprisoned journalists are held in jails across the African continent, we are reiterating that call to your respective countries at this time of grave public health concern.

According to CPJ’s most recent annual survey conducted on December 1, 2019, there were at least 73 journalists in prisons in Africa, including 26 in Egypt , 16 in Eritrea , seven in Cameroon , four each in Rwanda , Burundi , and Morocco , three in Algeria , and one each in Benin , Nigeria , Chad , Tanzania , Ethiopia , Somalia , Comoros , Democratic Republic of the Congo , and South Sudan .

As of March 31, at least 11 of these journalists have been released from jails in Somalia, Ethiopia, Tanzania, Nigeria, DRC, Algeria, Comoros, South Sudan, and Egypt, according to CPJ research. However, at least six more journalists and media workers have been jailed since December 1, and remain in prison as of March 31, including four in Ethiopia and one each in Cameroon and Algeria .

Article 16 of the African Charter on Human and Peoples' Rights states, “Every individual shall have the right to enjoy the best attainable state of physical and mental health.” These rights were extended to prisoners and detainees when the African Commission adopted the 1995 Resolution on Prisons in Africa .

According to the World Health Organization , “People deprived of their liberty, and those living or working in enclosed environments in their close proximity, are likely to be more vulnerable to the COVID-19 disease than the general population.”

For journalists jailed in countries affected by the virus, freedom is now a matter of life and death. Imprisoned journalists have no control over their surroundings, cannot choose to isolate, and are often denied necessary medical care.

Many of these journalists have been held in detention without trial for lengthy periods and are suffering from ill health exacerbated by underlying health conditions and overcrowded prisons, where they have contracted malaria, tuberculosis, and other diseases.

We urge you to release every jailed journalist in your respective countries and to protect the free press and the free flow of information at this crucial time. Journalism must not carry a death sentence.