Sam George Accuses Speaker Of Calculated Attempt To Malign Him 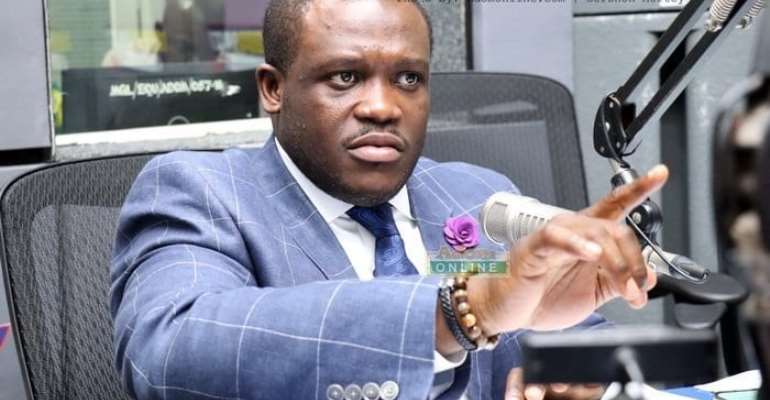 The Member of Parliament for Ningo-Prampram Samuel Nartey George has accused the Speaker of Parliament, Prof. Aaron Mike Oquaye, of attempts to malign him by peddling falsehood.

The MP weeks ago wrote a letter to the speaker informing him about his decision to excuse himself from chamber business in the wake of the Covid-19 menace. In the said letter Sam George said he would not “risk exposure to the virus by coming to Parliament every day just to come and work on bills that are of no emergency nature and do not relate to Coronavirus or to come and sit and approve loans and tax waivers for private businesses, many of which are foreign”.

The Speaker of parliament, however, took issue with content of the communication from the Ningo-Prampram Mp and responded during his final address before suspending the house indefinitely.

“I inform you with, with deep regret that I have received a letter, a castigating letter, from Hon. Sam George, MP for Ningo-Prampram Constituency, which says he cannot attend on this House again because sittings of this House are just a waste of his time as the sittings at this time are only to approve loans. This is sad.”

But Sam George in another correspondence to the speaker sighted by Starr News described the conclusions drawn by the speaker as unfortunate.

“My respect for you and your office does not erode my right and privilege to disagree with you and speak truth to you when you are wrong. You peddled falsehoods when you made particular reference to me in your closing remarks on Saturday,” Sam George said in the letter.

He argues that the move by the Speaker is a “calculated attempt to malign his person by making false claims that you cannot defend to bring my reputation to public opprobrium”.

“You have blocked Members of Parliament from making statements on the floor of the House related to the coronavirus, you have refused to approve urgent questions to sector Ministers from the House on coronavirus,” He added.

Mr. George further took the legislature on for its failure to check what he calls excesses of the Executive in the name of fighting the Covid-19 pandemic.

“The House has sat aloof whilst the liberties of the citizenry have been eroded by a slew of Executive Instruments aimed at extending the overbearing powers of the executive”.

Don't worry yourselves contributing Ghc100 to support Nation...
54 minutes ago