Give Them The Tools, And They Will Do The Job!! 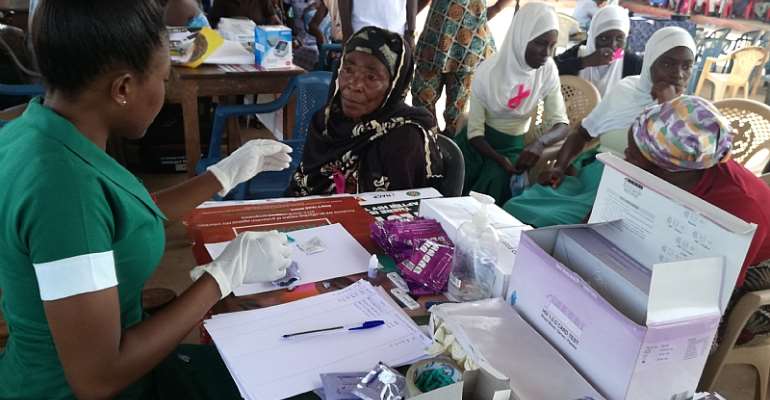 The image of Winston Churchill as the indomitable Prime Minister of Great Britain during the darkest days of the Second World War, was largely created – as far as most of his fellow countrymen and women were concerned – through the radio.

Through the BBC, Churchill's voice became well known to millions of brave men and women, fighting for the survival of Britain against a Nazi blitzkrieg unparalleled in history for its sheer savagery.

Even foreigners whom Britain had been treating badly, like the cocoa farmers of the Gold Coast, regarded Churchill as a Great War Leader. I say that from personal knowledge – there was a poster of Churchill's bulldog face on the wall of my father's bedroom, which greeted me every morning until I was chucked out of the room because I had begun to “grow up”!

Churchill's voice – relaxed, resonant and resolute – reassured his fellow countrymen and women that they had the bottle to withstand the horrors the Nazis were unleashing upon them in the streets, on the beaches and in their bomb-shelters.

He was loved because he was honest with the people: “I have nothing for you but blood, sweat and tears”, he confessed to them at one stage. Instead of being distressed by such honesty, it inspired them to fight the more.

But Churchill was doing more than rally them with mere words.

He was braving possible humiliation by going to the Americans and pleading with them: “Give us the tools and we shall do the job!”.

And he was also seen to be in cahoots with Josef Stalin, the former hated leader of a Communist Russia – a leader thoroughly vilified by Churchill and his fellow Conservatives, but who became a valiant ally overnight, once Hitler made the mistake of attacking Russia.

The television addresses which our President, Nana Addo Dankwa Akufo-Addo has currently been delivering to Ghanaians regarding our battle against the hateful COVID-19 pestilence, are, in a way, reminiscent of Churchill's wartime broadcasts.

Already, some of Nana Addo's words have made it to the Internet “trending” lists; especially his statement that we know how to bring back the economy; but what we do not know is how to bring dead people back to life!”

The trouble, though, is this: words have a nasty habit of sometimes being mistaken for ACTION.

Even as the President was reeling his latest words off the television autocue, health workers in Accra and elsewhere were making rather unpleasant noises about the way they consider themselves to have been needlessly placed in the danger zone of the battle against COVID-19.

The Ghana Medical Association was reported to have issued a statement in the following terms:

QUOTE: “The Ghana Medical Association (GMA) has welcomed the Government’s incentives for health workers in the country, in the wake of the coronavirus pandemic, but says their priority is the [provision of] personal protection materials [PPEs] for [health] staff.

“On Sunday April 5, [2020] President Nana Akufo-Addo announced [that] all health workers in the country are to enjoy [a] tax holiday for three months... for their sacrifices in the wake of the Coronavirus pandemic.

“Additionally, front-line health workers will receive a 50% allowance on their March to June basic salary. They are also to enjoy free rides to and from work on 'Ayalolo' buses.

“Commenting on the measures, GMA President Frank Ankobea told ... the Morning Starr [show] that although their morale has been boosted by the open commendation by the President, the PPEs are in urgent need.

“I [would] like to commend the President and [his] Government for the measures they have taken and packaged for us. When you [are] doing something and your President acknowledges you, it gives you morale to do more.

“We are grateful for that incentive, but all we ask is that they should give us the PPEs… There is a challenge with [the] distribution of PPEs and I’m sure the Ministry [of Health] knows it. All we are saying is that ‘let us get the PPEs’,” (he added). UNQUOTE

Quite honestly, I am surprised that PPEs are still an issue in our battle against COVID -19.

QUOTE: “This morning #Gabon, #Ghana, #Congo and the #DRC have received their #COVID-19 prevention materials. The 2nd shipment of supplies from @JackMa & @AlibabaGroup, containing 540k medical grade masks and 20k protective clothes, is on its way to #Ethiopia. Dispatch to Africa will continue.”

In my view, we should have followed up this information with the greatest urgency and requested Jack Ma and his AlibabaGroup directlyto get us all that we need, at the greatest speed. We must not solely rely on Ethiopia in such a crucial enterprise, for we don't know what bottlenecks they work under.

Not only that – we do have a direct line to Mr Jack Ma, as illustrated by the beautiful pictures taken of himself and our President during his visit to Ghana, that are available on the Internet. My guess is that Jack Ma can get us all we need, and if necessary, he will do it on soft credit terms into the bargain, if necessary.

Make no mistake – it is only if we fully protect our health professionals that THEY too can save our lives. The lesson of the Ebola outbreak of 2014 is still vivid before our eyes: the protection equipment used by the health workers was frightening but incredibly effective.

Field hospitals were built by the Americans and the British in Africa to treat Ebola patients. But today, both countries have fallen flat on their faces at home, before COVID -19, and largely because their politicians have been so unimaginative.

That brings a thought into my mind: Why, after the fright into which we were held by Ebola, hasn't the World Health Organisation standardised personal protection equipment against pandemics and established a fund to manufacture and store such equipment, for emergency use?

Isn't the WHO aware that in some countries, bureaucratic incompetence, to say nothing of budgetary constraints, can cripple the health authorities during pandemic emergencies and expose both their populations – and those of their neighbours – to untold danger?

I end with this plea:

Please, fellow citizens, do as the health professionals tell us. Wash your hands often. DO STAY AT HOME! (I have heard of some people who tried to visit their “beloved friends” during this lock-down!) I ask: what sort of love is that? It isn't love but callous cruelty.

Meanwhile, please let us “give our health officials the tools! AND THEY WILL DO THE JOB!”