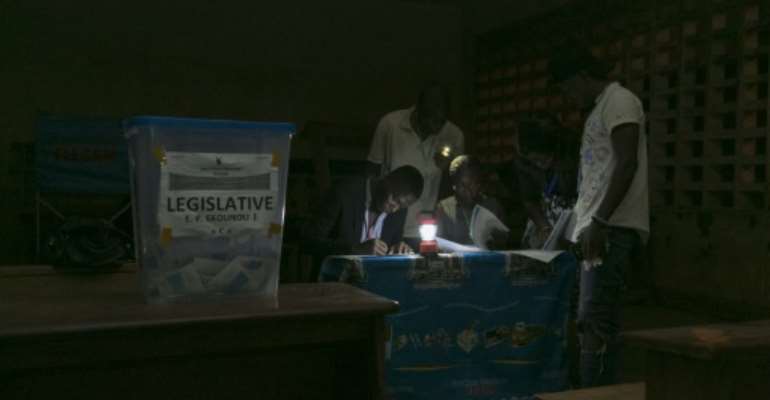 Electoral officials count votes after the February 2020 general and municipal elections in Yaounde, Cameroon. By - (AFP/File)

Long-ruling President Paul Biya's People's Democratic Movement (RDPC) won all 13 seats at stake in 11 constituencies in the North-West and South-West regions of the central African country.

The RDPC "ran the table" in 10 North-West districts and one in the South-West, state broadcaster CRTV reported.

The wins reinforced the party's massive majority in the 180-member parliament to 152 seats.

The two anglophone regions have been rocked by deadly violence as armed separatists campaign for independence from the rest of Cameroon, which is majority French-speaking.

The conflict has killed more than 3,000 people and displaced nearly 700,000 in less than three years, according to humanitarian organisations.

Separatist fighters had called on people in the two regions to boycott nationwide municipal and legislative elections on February 9, issuing threats to anyone who planned to vote.

Several NGOs including Amnesty International reported multiple clashes between the separatists and the army ahead of the polling, though only one incident -- in the North-West region -- was reported on election day itself.

The constitutional council said on February 25 that the vote would have to be rerun in several parts of the two anglophone regions.

The opposition Social Democratic Front, dominated by anglophones, contested the results of the by-elections, but the constitutional court rejected their demand for another re-run.