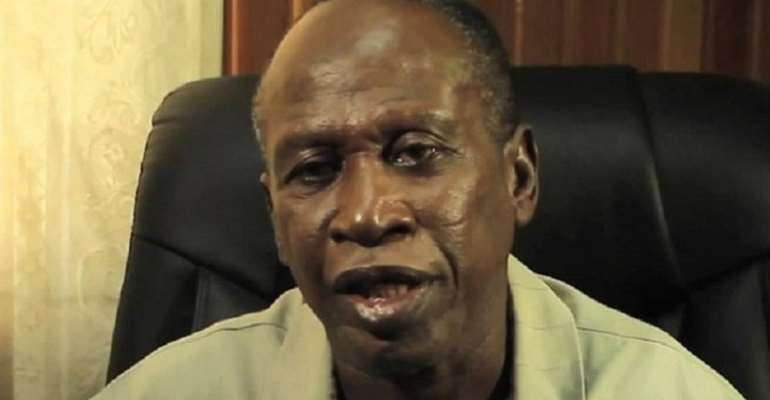 You cannot round up any meaningful discussion on the history and development of Ghanaian soccer, at least in the latter part of the Twentieth Century, without at least a passing mention of the immortalized Africa’s Number One Goalkeeper, Mr. Robert Mensah, who died at the Tema General Hospital in 1971; initially, I was of the mistaken belief that Robert Mensah had passed on in 1970. I don’t know why I have such a fixation for the year 1970. At any rate, Baba Yara, as I previously observed in the preceding installment of this column, may be the unrivaled “All-Time-It” in the annals of Ghanaian football or soccer, but it is Robert Mensah who is unquestionably the Shakespeare of them all. I don’t care what anybody has to say.

I was a preteen when the former Black Stars and, I believe, the Kumasi Asante-Kotoko Great met his death in a beer-bar brawl that resulted in his fatal stabbing. At the time, this legend way playing for the Tema Textiles Soccer Club, I recently learned. But he was also a fixture on Ghana’s senior national soccer team, the Black Stars. It was a rather stupid death over a woman locally known to be the girlfriend of another man. This is the version of the story that was related to me by a Robert Mensah bosom friend by the nickname of “Seaman.” Seaman’s given birthname was Mensah-Nunoo, a native of Asebu, which is not very far from Winneba, in the Central Region, Seaman once told me. Mensah-Nunoo passed away some four or five years ago under circumstances that have never been very clear to me, shortly after a trip that he made it to Ghana on the occasion of the funeral of a relative or some such mission.

He had actually been a sailor for more than two decades, he once told me. At the time of his passing, Seaman was into the domestic healthcare business and was known to be very generous in helping tens of Ghanaians secure jobs in that occupational line. He was a very sturdy-looking and reasonably handsome middle-aged man and was reputed to have a way with the ladies, although I, personally, never found him busy with the woman business thing; rather, he had one particular woman, slightly older than he was, with very adult children with whom he shared an apartment for quite some time. By the time that Seaman passed on, however, he had split with his woman and was living by himself. And, so, he appears to have died a lonely man, but perhaps happily so, because he had complained several times to me about this woman going behind him with in dalliance with a former flame. Once or twice, I had met him with this woman; once, while I was entering an HSBC bank and the couple was coming out of the same. We briefly introduced ourselves. His woman was slightly taller than Seaman, who stood about 5-foot-7 or 8.

But the part of the story that took a little gloss off the fame of Robert Mensah, for me, personally, had to do with the legendary goalie’s making a religious habit of visiting a juju man near Yamoranza Junction each and every time that Mr. Mensah’s club was scheduled to play in Ghana’s Division-One Football League. I don’t recall it vividly, but in those days, we did not have what is today called the Premier Soccer League. In those days, it was just Division One and Division Two soccer leagues. There very well might have been a Division-Three League as well. Mensah-Nunoo told me that he was with Robert Mensah on that fateful day of his beer-bottle stabbing death. He also told me that whichever way one looked at this beer-bar brawl, Robert Mensah came up short, that is, the dead man was the guilty party.

Only if he had not so recklessly used his fame and fortune to seduce the girlfriend of another man, and then proceeded to beat up the poor chap silly to pulp when the aggrieved bloke confronted Robert and warned Africa’s Number One Goalkeeper to keep the fly of his tracksuit to himself, or perhaps the drawstring of the same; to stop goaltending by the crotch and boobs of another man’s wench, he most probably would still be alive as a wise and elderly soccer sage today, that is, if he had taken Seaman’s advice not to turn back from Yamoranza Junction and his visit with his shaman in order to finish off his unfinished battle and fatuous show of vacuous gallantry and foolery. He may also most likely have become one of the greatest soccer legends and coaches of all time. The man was only 31 years old and in his prime or at the apogee of his career when he literally died the suicidal death of the generously talented but pathologically flawed of character and temperament. Robert Mensah’s Christopher Marlowe-like death would haunt me for quite a while as a child growing up in the care of my maternal grandfather at Akyem-Asiakwa.

I vividly recall being deathly afraid of being sent on an errand to Grandpa Sintim’s Study Room, the place where he sat daily for long hours preparing sermons for his two Presbyterian clergymen sons, namely, the recently deceased Rev. EBB Sintim-Brown, later to be Col. EBB Sintim, Chaplain-General or Padre of the Ghana Armed Forces; and the latter’s much older and better known elder brother, namely, the Rev.-Lt.-Col. HH Sintim-Aboagye, World War II veteran and founder or cofounder of the Ghana Armed Forces’ Field Ambulance Service; and subsequently Chief Superintendent of the Ghana Police Service (GPS) and Chaplain of the GPS as well. I was deathly afraid to be sent on an errand to Grandpa Sintim’s Study because for quite a while, Papa had a souvenir copy of the Daily Graphic prominently displayed on his writing desk, with the photograph of Robert Mensah on the front page and the following screaming banner headline: “Robert Mensah Is Dead.” I believe this seismic announcement also had “At 31 Years Old” appended to the same.

The man died one of the most stupid deaths it is to die; but his genius achievement as the Number One African Goalkeeper still soldiers on and is likely to linger on for quite sometime to come. Thankfully, today, there is an impressive soccer stadium named after the man called The Robert Mensah Sports Stadium, in Cape Coast, the Central Regional Capital, in the part of Ghana where he was born. I was elated in no small measure to Google his name and discover to my great joy and vindication that, indeed, the key operatives of the Ghana National Sports Council, the highest governance authority of the nation’s soccer have healthily caused Robert Mensah to be permanently remembered for his genius in the form of the renaming of a multimillion-cedi stadium of Ghana’s foremost religious entertainment shrine and arena.

Don't worry yourselves contributing Ghc100 to support Nation...
13 minutes ago