French petition for more access to chloroquine in coronavirus fight 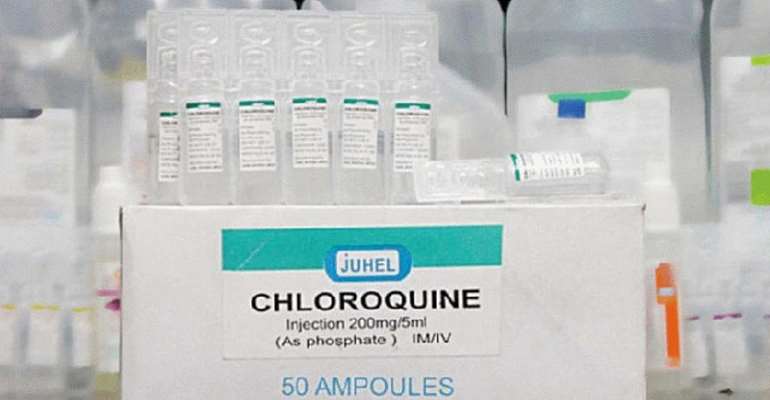 Nearly 400,000 people have signed a petition urging French officials to let more doctors prescribe the anti-malaria drug chloroquine for coronavirus patients, as experts continue to disagree over its efficacy.

The French petition on the Change.org website was launched on Friday by a group of doctors including Philippe Douste-Blazy, a cardiologist and former French health minister.

It's the latest example of increasing support for the approach advocated by Dr Didier Raoult, a leading doctor and microbiologist based in Marseille.

Raoult has had notable success using chloroquine and its derivative hydroxychloroquine on patients with Covid-19 before their condition deteriorates to the point where intensive care is needed. He combines the drug with the antibiotic azithromicyne.

On Monday, three of France's most respected senior doctors penned an open letter backing Raoult's stance and calling for the drug to be available at an early stage to family doctors and not to patients who are seriously ill in hospital.

In the absence of anti-virals for the new coronavirus, "we think it is legitimate, given preliminary results, to implement a new strategy", the doctors wrote in Le Figaro newspaper.

As yet there is resistance to the drug's use against Covid-19 from researchers because no randomised and peer-reviewed studies have proved its efficacy.

Expert researchers warn of potentially dangerous side effects, although the drug is already used to treat Lupus and rheumatoid arthritis.

But Raoult's supporters point out that researchers who criticise the hydroxychloroquine option have only conducted tests on patients already seriously ill with coronavirus symptoms and have not examined the drug's efficacy when combined with azithromicyne.

'Game changer'
Raoult has supporters around the world.
US President Donald Trump has repeatedly cited his work and called hydroxychloroquine  a “game changer” that will help treat Covid-19 case, But the drug has yet to be approved for such use by the US Federal Drugs Administration, and Trump's chief Scientific advisor, Anthony Fauci, is more cautious.

On Monday, Trump threatened retaliation if India does not release stocks of hydroxychloroquine ordered by America.

At a White House press briefing on Monday, Trump said he had asked Indian Prime Minister Narendra Modi to release orders of the drug after New Delhi banned all exports over the weekend.

“I spoke to him Sunday morning, I said we'd appreciate your allowing our supply to come out,” said Mr Trump. “If he doesn't allow it to come out that would be okay, but of course there may be retaliation, why wouldn't there be?”

India, one of the world's largest exporters of the drug has approved its use for individuals at high risk of being infected by coronavirus, including healthcare workers.