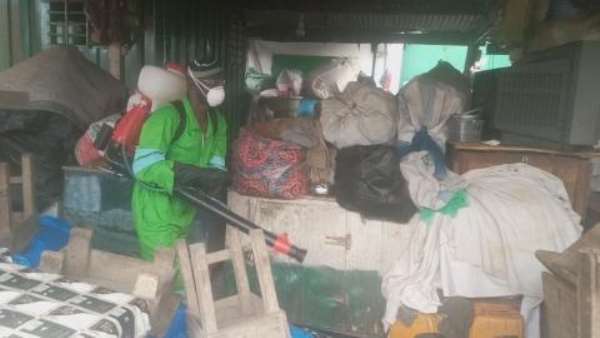 The recent influx of our brothers and sisters (Kayaaye) from Accra and Kumasi appears to have exposed our Ill or no preparedness toward the combat of the novel coronavirus in the North East Region. A dozen of buses came into the Region with our town and village folks ahead of the date announced for the lockdown of Greater Accra and Greater Kumasi with no critical medical examination conducted, and interestingly, no record has been taken for contact tracing purposes. These have raised eyebrows and are serious matters of concern for all.

Citizens had expected quarantine centers to be put up in the various Municipal and District capitals to quarantine them (Kayaaye) for the Fourteen days period, before they were allowed to socialized with their families for purposes of safety and fear of community transfers.

Whereas, our Traditional leadership could have helped in that score, the uncoordinated nature of the activities geared towards the fight of the Coronavirus in the Region spearheaded by the Regional Minister is worrisome and problematic.

The Traditional Leadership Marshaled by the Nayiri (The King of Mamprugu) could have provided strong base of leadership to prevent our folks from Accra and Kumasi from socializing with their people until the 14 days period is over and done with as it happened in other parts in the North.

It is therefore, not surprising, seeing citizens in the region still go about with the normal social engagements, some oblivious of the social distancing protocols and most unaware of this beastly covid19. This should bring the North East Region Minister from his hideout since very less is seen and heard from the RCC down to MDA's.

The NDC in the Region is therefore calling on the MP for Nalerigu/Gambaga and Minister for Local Government Hajia Alima Mahama and the North East Region Minister Hon Solomon Boar to stop the power play and exhibit calmness and modesty in her dealings in as much the convid19 war is concern. It will be fatal and injurious to our collective efforts, if we dabble in politics in this trying times, when Covid19 is sweeping across the globe.

To fumigate markets in the Region with state machinery and pass that as your personal contribution and achievement, just so, you can outdo your political opponents is most unfortunate.

What we/you should be doing therefore is:

1. The poor awareness creation about covid19 and sensitization must be relooked at. With all stakeholders hands on deck (Political players, Chiefs, Religious leaders etc).

2. Our Vulnerable/poor health institutions such as The Baptist Medical Center (BMC), Walewale Municipal Hospital and other Hospitals across the Region should be equipped with PPE's and other equipments.

3. Our Entry points at Chereponi especially Natuuli through to Chenchango to Togo and other unapproved points.

This critical routes must be monitored keenly as citizens from Neighboring Togo still access the region.

4. Jingles be recorded with voices of key political and Traditional leaders in the dominant languages in the region and played in the radio and television stations.

So in light of this, and in the course of the coming weeks we entreat the MDA's to embark on a campaign to disabuse the minds of the population in the region about the notion that, the recent fumigation exercise in an immunization against Coronavirus.

In conclusion, we believe if comprehensive and all encompassing measures are taken, the North East Region will be safe. Thank you!