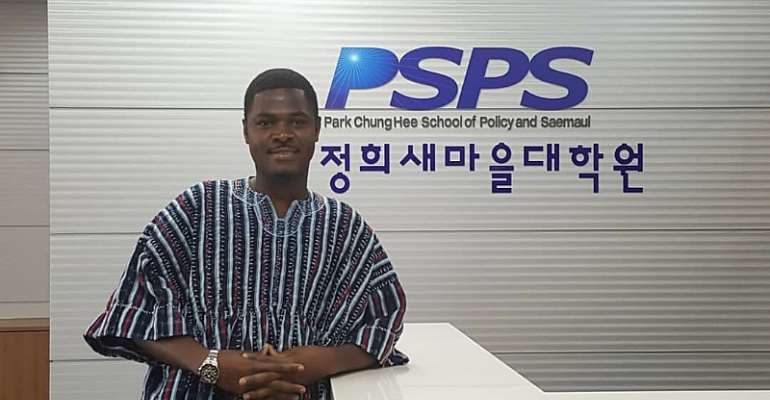 I bring you good tidings from my room where I am practicing social distancing. I do not intend to talk or write too much to you because I know you are a man of few words but action. My people usually say that it's a stain on the elder to stand by whilst the she-goat delivers in the toilet. That could not only be succinct becs of its proverbial beauty but because it exudes and places ultimate responsibility on the leader. It's trite understanding that you are the father of the region and the direct representative of the president in the region. You coordinate the activities of the 11 MMDAs in the region and the Chairman of the Regional Security Council, that's quite a responsibility, isn't it?.

As we are all aware which I believe you are more aware because of the rare privileges you enjoy in respect of reception of varied information including classified information in and around the region. Officially, the Upper West Regional Health Directorate has declared that 314 people have contracted the Cerebral Meningitis (CSM), of which 33 persons have left their ghosts to the disease ( RIP) just in a couple of weeks.

The situation is so dire that many have expressed fear that the situation may worsen if urgent steps are not taken to contain the disease. Per the statistic so far, it's evident that the CSM potents more threats to the lives of the people in the Upper West Region than even the almighty COVID-19 pandemic.

I agree that, in times of difficult situations like this, it requires all hands on deck especially all stakeholders including the various MPs and MMDCES from the 11 administrative Districts and constituencies respectively. That notwithstanding, the onus lies on you to rally all these forces together to ensure that the problem is dealt with frontally and timeously since it's a matter of life and death.

For the benefit of the doubts, I do not know for a fact what measures you have put in place since your hands and probably everyone's hands are already full with COVID-19 matters.

With the benefit of the doubt, I know just like one cannot submerge a calabash in water, so it would have been impossible for anyone to douse your intervention or Government's intervention.

Revealingly, the Hon. Member of Parliament for Wa Central Dr. Rashid Hassan Pelpuo has on his own out of duty brought the matter to the attention of the Government through a statement on the floor of parliament and has since followed it to the Health Minister to ensure that actions are expedited to get vaccines and logistics deployed for the combat of the diseases.

Worrisomely, his faith is as good as the faith of the child whose mother's presence is not felt on the funeral ground- Nothing worthy except frustration is coming from Government's quarters even though the matter is not a child's play.

Mr. Minister, the development in respect of this dire situation which comprises the safety and survival of your subjects raises questions on the integrity and responsibility of your leadership and the government you serving. I came to that conclusion because it's been over 3 market weeks since the matter was brought to the attention of you and your govt. Since then nothing concrete from YOU as the father of the region or GOVERNMENT in respect of provision of vaccines and logistics has been seen on the ground. I mean THE WHOLE YOU and the WHOLE GOVERNMENT is unable to procure a needle for the fight against the deadly CSM ( i stand to be corrected).

Rather curiously, what we have seen in the past week was one super being from your party donating "NOT FOR SALE" CSM vaccines to the Health directorate in her personal capacity as a PC. Mr. Minister, per the forgone, won't I be justified ( for lack of better expression) describe the Government you serving as useless? Probably so because, what the Government could not do to save lives, one super person has done it effortlessly.

Please forgive me if I err, my earlier statement in respect to your person is not to suggest that i do not have confidence in your leadership, but it's to provoke you to double your steps and take personal responsibility to deal with the matter. That is not negotiable, you owe it to your people, yourself and your Government if you did that.

Before i conclude i would like to pose the following queries for your consideration sir.

1. How many CSM vaccines has the Government supplied for the combat of the disease in the region?

2. If indeed they are deployed, what is the distribution formula?

3. Apart from Supplies, what other contingent measures have Government put in place to fight the disease alongside COVID-19?

I wish you the very best of luck in your line of duty as you work to make Upper West Region a better place to live.

Hottest Photo Reports
Catch up with all the political quotes from our politicians.
Advertise here
More Letter
ModernGhana Links
Otokunor writes: Open Letter To President Akufo-Addo On The Comments Of Mr. Lord Commey
Open Letter to Mr. Bagbin, the Speaker of the Parliament of the Republic of Ghana
Letter To The National Peace Council Through All Ghanaians
Open Letter Speaker Of Parliament Of Ghana over the authority of the Ashanti Regional Minister for the Deployment of Military to Ejura
An open Letter to Mr. Kofi Adams
Open Letter To The Mce Nominee For West Gonja -Hon. Karim Musah Kusubari...
An open letter to the President Akufo-Addo: Social justice and the development dilemma in Ghana: Why ends are not meeting
Open letter to Hon. Henry Quartey
An Open Letter To The National Chief Imam
TOP STORIES