Don't Use Your Energies To Fight For Allowances, But For Covid-19 – Okoe-Boye Advises Nurses 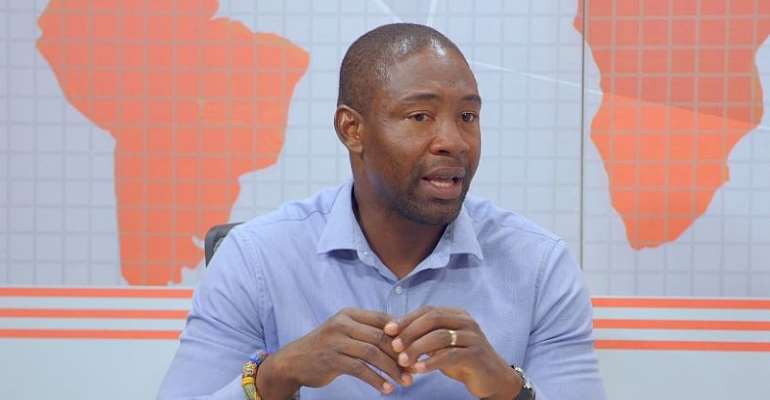 Deputy Health Minister-designate, Dr. Bernard Okoe-Boye is advising against the unwarranted classification of health workers expected to benefit from the allowances announced for frontline staff in the fight against novel COVID-19.

He says it must be admitted that some health workers pose an elevated risk in their line of duty and it will only be fair for them to be compensated more than others.

Since the President’s announcement, there have been concerns about who qualifies as a frontline worker or not.

Groups such as the Ghana Registered Nurses Association (GRNA) are demanding that the government's stimulus package covers all nurses and midwives across the country and should not be restricted to frontline personnel only .

But the outgoing Board Chair of the Korle Bu Teaching Hospital while speaking on Citi TV’s Point of View called for cool heads.

He urged the health workers not to channel energies needed to combat the pandemic into the unnecessary agitations over allowances.

“The best of the President’s package is the one that affects all of us. All health workers are going to get tax exemptions on their emoluments. But with this issue of frontline [workers], I think we should be careful not to use our energies meant to fight COVID-19 into disbursement. The motive is clear– that there are some health workers coming into direct contact with COVID cases. There are those whose risk is greater. So although every health worker has a greater risk than the ordinary Ghanaian, there are health workers with elevated risk than others. So we just have to have a frank discussion. The policy declaration comes ahead of the breakdown. What the President did was the declaration of the policy. The devil they say is in the detail and it will come with engagement,” the Lezdekuku legislator said.

President Akufo-Addo in a nationwide television address announced that effective April 2020, all frontline health workers in the pandemic fight will among other things receive an additional allowance of 50% of the basic salary per month for the next three months as well as a three month tax holiday because of their contribution.

“Government has decided that all health workers will not pay taxes on their emoluments for the next three months, i.e. April, May, and June,” the President said.

He also disclosed that “all frontline health workers will receive an additional allowance of fifty percent (50%) of their basic salary per month, i.e April, May, and June. The March allowance will be paid alongside that of April.”