AU predicts Africa's economies may be decimated by Covid-19 pandemic 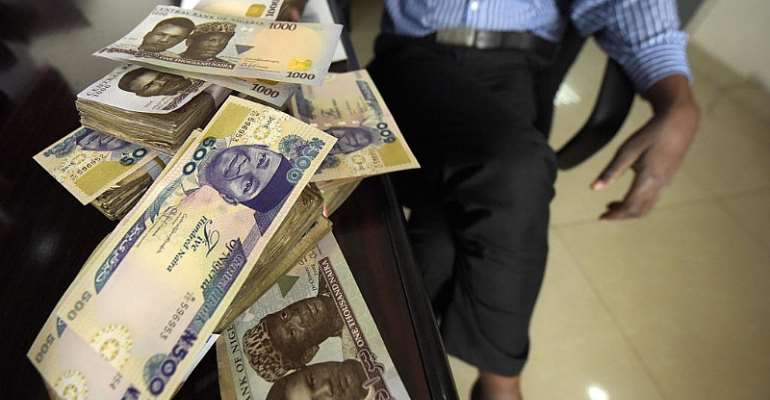 Vulnerable African economies could be strangled by the coronavirus pandemic with the possibility of up to 20 million job losses and the potential for social unrest, according to a report published by the African Union on Monday. The continent is already suffering from price increases as global supply chains break down and some African economies could be at risk of currency devaluations and debt default.

"African economies remain informal and very extroverted and vulnerable to external shocks," said the report, describing how the spillover from Covid-19 could hit economic activity on the continent.

The African Union modelled two scenarios in their assessments of the coronavirus crisis. Their “realistic” scenario predicts a pandemic that lasts four months before being brought under control with Africa “not very affected”.

A “pessimistic” scenario assumes that it takes Europe and the Americas six months to get the spread of the virus under control and Africa eight months to stop Covid-19. Under this model the reduction to the African continent's gross domestic product (GDP) could be more than 4.5%.

Imports of basic consumer goods from China have been reduced since the start of the pandemic and inflation has already increased in South Africa and Ghana, the report says. Small scale importers and traders in Nigeria, Uganda, Mozambique and Niger are “seriously” impacted.

Oil industry and tourism
Tumbling oil prices will disrupt the economies of big oil producing countries notably Algeria, Angola, Cameroon, Chad, Equatorial Guinea, Gabon, Ghana, Nigeria, and Congo Brazzaville. The report warns that Nigeria forecast its budget on the basis of oil at US$67 per barrel, yet crude languishes at just US$26 per barrel, threatening to worsen Nigeria's budget deficit.

The other sector to be put under pressure is tourism, which provides more than a million jobs in Ethiopia, Kenya, Nigeria, South Africa and Tanzania. Tourism “will be heavily affected by Covid-19 with the generalisation of travel restrictions, closing of borders and social distancing”, according to the AU report.

Remittances dry up
Other sources of financing such as remittances will not be shielded by a global downturn and could suffer “significant declines” as hard-pressed family and friends abroad find it difficult to send money home.

“As entire economies are being locked down across the world as well as on the continent, remittances will fall and impact dependents in many African countries,” said Robert Besseling, head of Exx Africa, a political risk consultancy firm.

“For example, in Zimbabwe, nearly US$400 million of remittances income is under threat since South Africa and other countries with large Zimbabwean expatriate populations have imposed their own lockdown orders, sending many workers home,” Besseling added.

Foreign direct investment (FDI) could drop by up to 15 per cent as projects are delayed or cancelled and development assistance or aid could also be strained as donor countries themselves find it hard to commit as much money.

Tax receipts fall
Stress placed on African economies due to Covid-19 will translate to governments experiencing reduced tax revenues. "Overall Africa could lose up to 20 to 30 per cent of its fiscal revenue,” the report predicts.

Some African governments will have no option but to rely on international bond markets to maintain necessary spending. However, some countries “could face an implosion in the stock of external debt” as they are faced with the need to support healthcare and provide stimulus to the economy while receiving less tax receipts.

“We expect to see a major spike in borrowing and countries seeking financial aid from donors,” said AZA's Mungai. “Since the tax base will significantly reduce due to lower revenue, the only way to finance budget deficits is through debt and aid.”

“Nearly 20 million jobs, both in the formal and informal sectors, are threatened with destruction on the continent if the situation continues,” according to the AU analysis. Coronavirus lockdowns could lead to “possible social unrest” especially in countries with a history of sectarian violence.

“I do not believe the AU estimate of 20 million job losses is realistic. We need to count in both formal and informal sector jobs, both of which will be hard-hit,” said Besseling.

“It is still too early to assess to what extent some African countries will suffer a public health emergency in tandem with an economic slowdown. Based on these criteria, an estimate of 20 million jobs at risk seems too low,” added the analyst.

You disappointed Assin North MP, you abandoned him in court ...
27 minutes ago