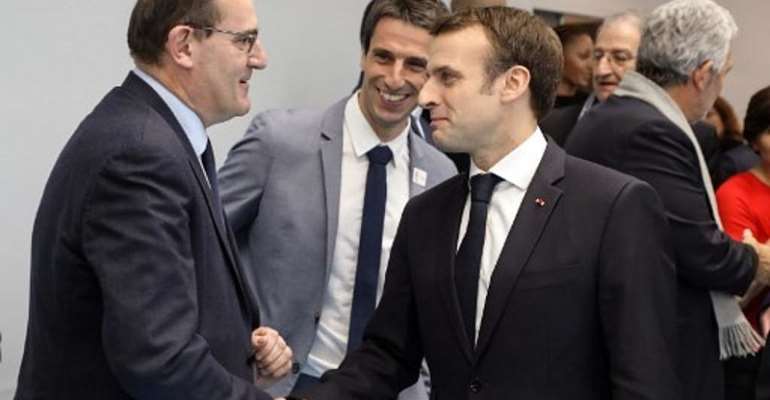 Jean Castex, a senior official with knowledge of the healthcare sector, has been chosen to pilot France's strategy on easing Covid-19 lockdown measures. He must do so without triggering a second wave of infections.

When it comes to experience, Jean Castex ticks all the right boxes.

French Prime Minister Edouard Philippe last Thursday described him as "incredibly efficient" during a televised address to the nation that broke with his usual reserve.

Several politicians have also come out in praise of the man now in charge of orchestrating the country's process of "deconfinement," which Philippe himself admitted would be "fearsomely complex."

It may sound like a tall order, but Castex is as sharp as a "Swiss Army knife," reckons former presidential advisor to Nicolas Sarkozy, Frank Louvrier.

"Not only is he a senior official, who knows the administration like the back of his hand, but he also has experience at the local level and so knows how the country operates top down," Louvrier told French weekly Le Point.

Mayor of Prades in Perpignan, southern France, Castex is also President of the National Sport Agency and was up until recently the Interministerial Delegate for the Olympic and Paralympic Games of 2024.

However, it is in the health sector that the 54-year-old sharpened his skills.

Solid experience
Right-wing politician Xavier Bertrand hired him in 2004 to manage hospitals and clinics when he was welfare minister under Jacques Chirac, before turning Castex into the cabinet director for the minister of health.

There Castex got a taste of what a pandemic strategy would look like, planning for stockpiles of masks and other essential equipment before the plan was abandoned.

"He knows what he's doing. He is someone very solid," Bertrand said.

It is this experience that Macron's government is relying on to pull off the Covid-19 exit strategy.

Few in France are willing to openly discuss a loosening of restrictions not least because most experts fear this will weaken the public's resolve to respect the lockdown rules.

The French premier admitted that any easing of stay-at-home orders would have to be gradual to avoid a second wave of infections that could overwhelm health services.

So, what are the exit options?

France has been on strict lockdown since 17 March, with all non-essential trips outside the home banned and everyone required to have a signed, timed and dated permission form every time they step outside.

The confinement period was extended once already till 15 April because of the high rate of daily infections, and many think it will be prolonged further, despite signs the virus may be slowing down.

Medical experts want France to massively increase its capacity to test, trace and quarantine suspect cases before any lockdown measures are lifted.

Right now, the country lacks the means to do so. Health Minister Olivier Véran is hoping to be able to offer some 80,000 Covid-19 tests per day by the end of April compared to 12,000 currently, before boosting that figure up to 100,000 by June.

Can't stay at home forever
However, crucial antibody tests to identify recovered coronavirus patients, who may be immune, are still lacking in France.

Experts reckon antibody testing is necessary to distinguish between the vulnerable and the immune, which could prove decisive in determining who should go back to work and school.

Sixty-five million people in France are currently in lockdown, which is not only taking a toll on the economy--the finance minister on Monday warned that the country was heading into its worst recession since 1945--but confinement is also depriving students of their education.

Castex, a father of four girls, knows he cannot keep people at home forever. But managing the exit will require all of his political know-how. He has only a few weeks to prove he was indeed the best man for the job.