By Surette van Staden - The Conversation 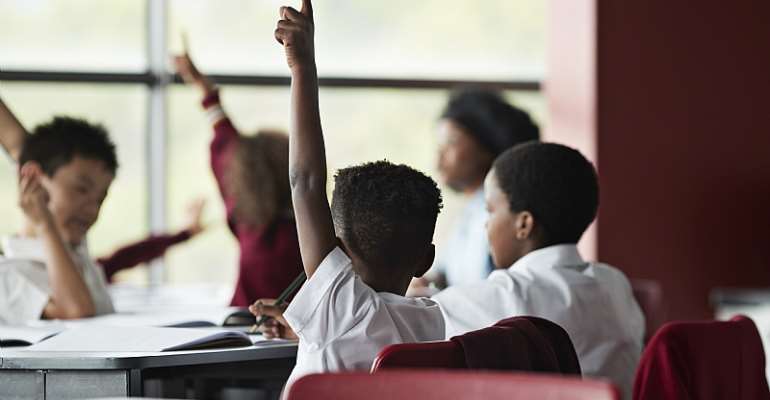 The Progress in International Reading Literacy Study (PIRLS) is an international comparative study that's conducted in five-year cycles. More than 60 countries take part in it. For its part South Africa was included in the 2006, 2011, 2016 and upcoming 2021 cycles.

Nationally representative samples of Grade 4 children are tested for their reading literacy skills. At this crucial age, children should be able to use reading to learn. The foundation of early reading should have been firmly established in the first three years of schooling.

For some time, South Africa's performance in these tests has been disappointing , showing no improvement. This has raised questions about a number of systemic issues, especially in view of the large percentage of the national budget spent on education.

But a re-analysis of the Progress in International Reading Literacy Study trend reports has cast new light on the situation.

Read more: New evidence supports the belief that South Africa's education is not all bad

As initially reported , there was little improvement in reading literacy between the 2011 and 2016 cycles. Yet, on closer inspection South Africa shows the third steepest improvement among 43 countries, after Morocco and Oman.

The investigation uncovers important indicators of growth in reading performance. But the exact nature of this growth has to be qualified. Without pinpointing where growth has taken place, any interventions or development plans at system level are doomed to be a stab in the dark. And it still won't be clear why education progress is limited.

Many factors have to be looked at to understand what's driving improvements – and what's holding back better improved education outcomes. No factor can be singled out.

More research needs to be done before definitive answers can be pinpointed. But the latest report – published in 2017 – clearly shows that socioeconomic conditions are a major driver of school education achievement in South Africa.

It has to be emphasised that the Progress in International Reading Literacy Study 2016 results, as reported in 2017, are an accurate reflection of South African Grade 4 children's reading literacy achievement nationally. The study's 2016 results remain unchanged and the evidence of improvement between the 2011 and 2016 cycles remains an issue of a reported trend that was underestimated.

For this reason, the 2016 results can be used to accurately reflect education levels in the country.

So what do they show?

In the 2016 cycle, South African Grade 4 learners yet again achieved the lowest overall scores of 320. Scores are measured against an international average of 500.

The study indicated reading achievement for schools in the 2016 sample by quintile. The quintile system was introduced by South Africa's Department of Basic Education to ensure equitable distribution of funding to schools most in need.

Quintile 1 schools are the poorest and receive more funding per pupil from the state. Parents don't pay fees for pupils attending schools in quintiles 1 to 3. Quintiles 4 and 5 are the more affluent schools. Parents pay school fees and government assistance isn't relied on.

The scores show that children from quintile 1 schools lag behind their counterparts from the higher quintiles. This means that Grade 4 children who attend the poorest schools in South Africa are mostly at an educational disadvantage compared to their more affluent counterparts.

What does this information show us?

Attempts to provide additional help for students from poor households have not yet led to improvements in education outcomes. These children remain disadvantaged.

What needs to be done?

This shows that socio-economic status remains a driver of achievement and the system is still in trouble despite improved trend growth. The national summary reports from the study's 2006 and 2011 cycles touch on these factors.

The nature of the reported growth should be broken down further into areas of the system that need improvement. Further PIRLS analyses could be done. Delving into the data of achievement in large scale assessments remains the responsibility of education stakeholders and researchers. It's important to verify international findings and amend them when needed.

Evidence from studies like the Progress in International Reading Literacy Study remains credible, accurate and reliable as indicators of the status quo of a system across time. These should direct teacher training initiatives, interventions and development planning.

It should also, hopefully, lead to interventions that ensure systemic and substantial improvements for children in rural locations and from African language backgrounds.

Surette van Staden (in her capacity as director for the Centre for Evaluation and Assessment at the University of Pretoria) receives funding from the Department of Basic Education.

By Surette van Staden, Director: Centre for Evaluation and Assessment, University of Pretoria

'I'm not a fool to build sugar factory with no raw material ...
10 minutes ago

How 'lame' if Netherlands visa denial is penalty for support...
10 minutes ago