Johnny Clegg's family bars use of his music to lure sharks 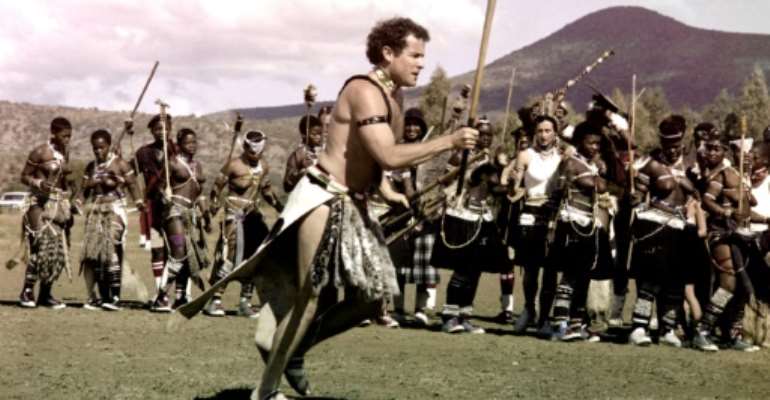 Johnny Clegg is shown wearing traditionnal Zulu garb during his wedding with Jennifer Bartlett in 1989. By Trevor SAMSON (AFP/File)

But Clegg's family said it "strongly" objected to the use of his music for shark cage diving because it would be contrary to his values.

Clegg, popularly known as the "White Zulu", died in July last year, aged 66, after a long battle with cancer.

"Johnny would have hated to lure any kind of wildlife into any condition that wasn't natural," Clegg's manager Roddy Quin told AFP.

"And if they were going to use his music to lure sharks into certain areas, he would have been very unhappy with that because he would never interfere with any kind of wildlife in their natural habitat whatsoever," Quin said.

In an earlier statement he said Clegg, who defied apartheid with his unique fusion of African and Western culture and sounds, "would have been horrified to think his music would be used" in such a way.

Edwards told AFP that he respected the family's wishes and would use alternative music.

"We thought we would give the whole thing a South African touch and flavour," Edwards said.

Music is commonly used to bring sharks nearer to cages for tourists to have a closer look.

Operators in Australia use music from heavy metal groups like AC/DC to lure sharks.

Born in Britain, Clegg moved to Johannesburg with his mother when he was six years old.

Exposure to migrant workers in adolescence introduced him to Zulu culture, dancing and music.

His involvement with black musicians saw him frequently arrested and his work was repeatedly censored by the white-minority regime.

Clegg's best-known track was arguably "Asimbonanga" (We Haven't Seen Him), written in 1987 for then imprisoned anti-apartheid fighter Nelson Mandela.