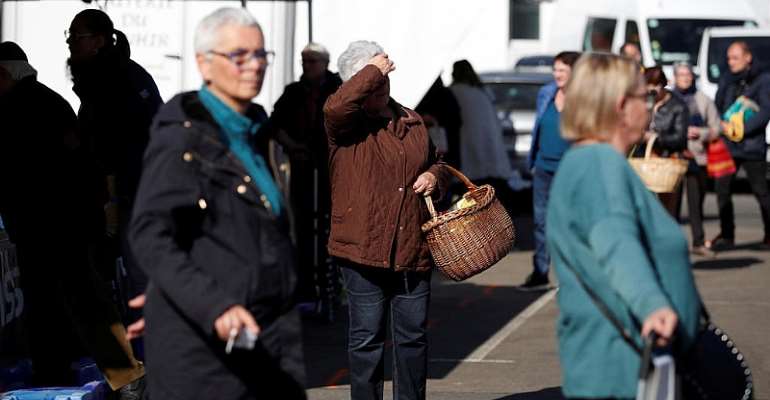 Amid growing speculation that the sunny spring weather will loosen French people's resolve to respect the confinement, Castaner on Monday tried to set the record straight.

While acknowledging that there had been cases of "idiotic behavior", he insisted that the French were among the best in the world in terms of complying with local lockdown rules.

Not all of them are are setting an example, however.

Around 480,000 people have been fined since the start of the lockdown on 17 March and police have carried out over 8 million checks to ensure members of the public are sticking to the restrictions.

And the warm sunshine has proved too tempting for some, with news outlets awash last weekend with images of joggers and families out on the streets enjoying the outdoors as if on a normal spring day.

"The risk is if we let our guard down," Castaner admitted, urging French people not to be lured by the fine weather.

"The weather doesn't count in us deciding whether or not to go outside. What counts is the fight against the virus."

Castaner also flew to the defence of his police and army officers, insisting they were not there to report and fine people but to protect them by ensuring they respect the confinement.

He was also asked to comment on the controversy surrounding his Paris police chief Didier Lallement, who last week suggested that "the people who are in hospital or in intensive care are those who didn't respect the lockdown when it began”.

Lallement has since apologised.

For Castaner, the matter "is closed", however he conceded that his chief's comments were incoherent.

Although, France's daily death toll from Covid-19 has fallen over the past two days, health officials have warned against complacency. More than 8,000 people have so far died.