COVID-19: All Persons Who Came Into With Confirmed Patients Traced – Akufo-Addo 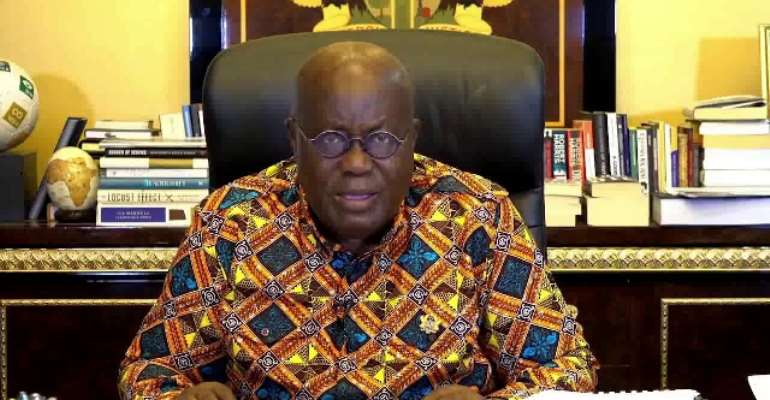 All the people that the patients who have tested positive for coronavirus came into contact with have been traced for sampling and testing, President Akufo-Addo has said.

So far, the virus has killed five people in Ghana out of two hundred and fourteen with three full recoveries.

In his fifth national address on the situation on Sunday, the President said: “As of today, Sunday, 5th April 2020, our current situation is such that we have recorded a total of two hundred and fourteen (214) cases. The Greater Accra Region has one hundred and eighty-nine (189) cases, followed by the Ashanti Region with twelve (12), Northern Region ten (10), Upper West Region one (1), Eastern Region one (1), and Upper East Region one (1). The ten from the Northern Region are the West African nationals who entered our country illegally, after the closure of the borders. In total, three (3) persons have fully recovered from the disease, forty-nine (49) persons have been discharged from treatment facilities, and are being managed from home, and the remaining one hundred and fifty-five (155) are responding to treatment. Two (2) persons are moderately ill, and five (5) persons, as I said before, have lost their lives”.

Of the one thousand and thirty (1,030) travellers, who were mandatorily quarantined and tested on their arrival in Ghana on the 21st and 22nd of March, the President said: “Seventy-nine (79) were initially found to be positive, and appropriate arrangements were made for their isolation and treatment. Subsequently, after twelve (12) further days of quarantine, twenty-six (26) other persons were found to be positive as a result of their second test, bringing the total number of those found to be positive to one hundred and five (105), all of whom have been isolated for treatment. Of the remaining nine hundred and twenty-five (925) persons, who have undergone two tests and found to be negative, eight hundred and four (804) have been released from quarantine to join their families”.

“The remaining one hundred and twenty-one (121) are, as I speak, in the process of being released. I want to thank all of them and their families and loved ones for their understanding and co-operation with the stringent procedures that the government was forced to deploy in the public interest”, the President announced.

He said: “Efforts, also, at contact-tracing have been ramped up over the course of the past week”, adding: “Indeed, for every confirmed case of COVID-19, all the contacts have been listed, monitored and tracked. Additionally, in the home or place of work of a confirmed case, all persons, be they at home or at work, have been tested, whether they had symptoms or not. Within the locality or neighbourhood of a confirmed case, the opportunity is also being provided for persons to undergo voluntary testing to ascertain the extent of community spread”.

“We are, thus, about to enter a critical phase of our fight in the coming week, as the Ghana Health Service is due to receive the results of some fifteen thousand, three hundred and eighty-four (15,384) out of nineteen thousand, two hundred and seventy-six (19,276) persons who have been reached through contact-tracing. It is the results of these tests that will determine our future course of action. Government’s policy and measures will continue to be driven by the science in this matter. The Ghana Academy of Arts and Sciences and the Centre for Scientific and Industrial Research (CSIR) are now partnering the government in the struggle. I met with their representatives on Friday and arranged with them a mechanism for the realisation of this partnership. The nation and I appreciate their involvement.

“So, in the course of the coming week, a determination will be made as to whether or not to extend the duration of the two-week restriction on movement, and the implementation or otherwise of any more enhanced measures to deal with the virus. I have, however, by Executive Instrument, extended the closure of our borders for two (2) more weeks, until further notice. The data tells us that the overwhelming majority of confirmed cases came from travellers or from people who have come into contact with travellers”, he said.

Ghana is under a partial lockdown with movements restricted in Greater Accra, Greater Kumasi and parts of the Central Region, as part of measures to curb the spread of the virus.

The President reiterated that: “As I have said before, all that the government is doing is intended to achieve five (5) key objectives – limit and stop the importation of the virus; contain its spread; provide adequate care for the sick; limit the impact of the virus on social and economic life; and inspire the expansion of our domestic capability and deepen our self-reliance”.