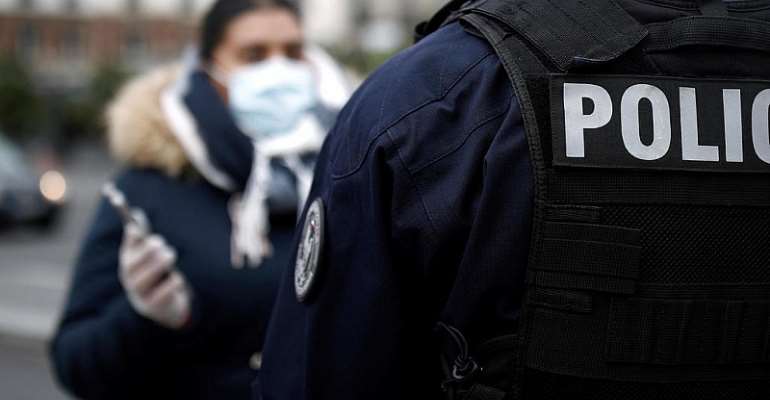 France has introduced a new smartphone version of its permission form to be outdoors during the coronavirus lockdown. The government says no personal data will be collected. But it is considering tracking movements of infected people via their phone's geolocation services in order to trace contacts.

A digital version of travel documents people in France must carry during lockdown has been made available on the website of the French Interior Ministry.

Since 17 March, people have been under obligation to provide documents that justify their reason for not being at home. The government provided five options for being outside and failure to comply results in fines, or even jail sentences.

The government stressed that the new digital document is only to be found on the Interior Ministry's website in order to avoid scams on unauthorised sites.

Just like the handwritten or printed document already in use, people have to specify their name and address as well as the time, date and the reason for an outdoor trip. A QR code will validate the time and date the digital document was created.

Police officers will then be able to scan cell phone or tablets without touching the devices. The Interior Ministry stressed that QR codes are not to be shared on social media as it enables anyone scanning them with a cell phone to access the data it contains.

Interior Minister Christophe Castaner said that no personal data will be stored with the new digital travel documents.

In a bid to relax lockdown measures, governments are looking at new ways to help contain the spread of the coronavirus. One of them involves tracking the movements of infected people and those who have been in contact with them.

Governments in a number of countries including Russia, Israel, South Korea, Singapore and China are already using such apps, claiming it helps to slow down the spread of the virus.

Germany is expected to announce a virus-tracking app shortly.

On 1 April, French Prime Minister Edouard Philippe dismissed suggestions that his government could use geo-localisation tools to fight the spread of Covid-19.

“In France, such a tracking system is not legally feasible. And we are not working on such options,” he said.

Philippe admitted that in other countries, the tools had helped isolate infected patients and people who have been in contact with them.

The prime minister did not rule out, however, developing new tools "to trace the circulation of the virus". But if they were available, he said, it would be up to citizens to choose whether or not to use them.