COVID-19 And Leadership Deficit In Nigeria 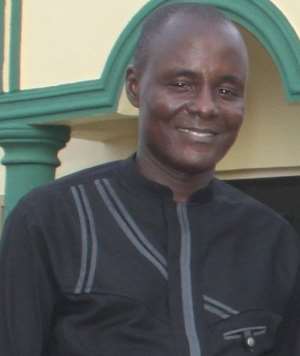 There is no better warning about the growing confusion that seems to be gradually beclouding the federal government’s response to the coronavirus challenge than the belief it betrayed last week that, perhaps, all it needs to calm the fears and apprehensions of Nigerians about its ability to halt the spread of the virus is to reel out a catalogue of activities President Buhari was said to have undertaken so far concerning the pestilence, whether the people felt their impact or not.

Now, if your family is starving badly, do you solve the rumbling signs of biting hunger in their stomach with some wild tales of the efforts deployed by you so far to feed them, or just keep quiet, give them food, and they will see and feel for themselves that you have played your role responsively and effectively? Or if you must talk, tell them something you have done whose benefits they can readily verify and identify with.

Indeed, some Nigerians are beginning to achieve the conviction that there must be something about being in government in this country that seems to diminish the reasoning ability of people once they get in there and deprives them of the capacity to realize when they have stopped making sense or even become downright annoying. This is very pathetic.

And so, last week, presidential spokesperson, Mr. Femi Adesina, issued a document entitled: “COVID-19: What President Buhari Has Done And Is Doing.” And, I suppose that with the release of that handout, the virus immediately received a deadly blow and vanished from the country! Aren’t we so blessed? Why then are Nigerians not on the streets celebrating the unprecedented feat?

A prominent item on Mr. Adesina’s list is the president’s March 29 broadcast. And what exactly did the broadcast achieve? The two things I can readily remember now is that Gen Buhari had announced the continuation of the school feeding programme for pupils who are all at home now due to the closure of schools as part of the efforts to contain the spread of the coronavirus. Probably, nobody remembered to inform him and his speech writers that school children were on compulsory holidays, or are they going to send the food to them in their homes? Or, perhaps, somebody is trying to find a justification for the billions of naira we will be informed later was spent on the exercise?

Also, the president proclaimed the lockdown of Lagos and Ogun states and the Federal Capital Territory (FCT). And when he was through, he returned to his hideout – where only a few privileged eyes and ears see and hear from him, and then come out to tell us what they think he has said or done.

Now, what exactly was the lockdown meant to achieve? Okay, as social interactions are reduced, the chances of spreading the virus decrease. Yes, but what else? Has anyone seen any evidence that there were any plans to use the stay-at-home period to access the people and step up medical tests to determine how many people have become infected with the virus and how they could be attended to?

The government that was boasting that it was “adequately prepared” to tackle the virus was later to prove when the virus eventually arrived that it was only making empty claims as usual. A country of 200 million people has yet to demonstrate any capacity to test even a reasonable fraction of one percent of her population. And somebody is publishing a document to tell us what the president was supposed to have done or is doing. As if such boring tales will remove the cloud of gloom hovering over Nigeria?

Again, in a country where electric power is just an unaffordable luxury for many, how can a leader just lock down some states and return to his hideout to continue his “vacation” that was rudely interrupted by the loud, persistent and widespread demands that he should address his country even though some other presidents were doing daily briefings and leading the war against the virus from the front? As the markets closed and movements became restricted, how are those who could afford to buy and stock food items at home preserve them without electric power?

What of the greater population which depend on daily earnings for their survival? What is the government’s plan for them? Okay, we are hearing of palliatives that have been extended to this category of people and the billions of naira that have already been transferred to their accounts? Now, who has encountered the happy recipients of the twenty thousand naira (N20, 000) said to have been given to each of them? Are there really existing data showing the social and economic status of every Nigerian which is in the possession of the authorities? So, all the “poor and vulnerable” Nigerians now have bank accounts whose details are known to the government? So, why then are too many Nigerians very suspicious of these claims as shown in their social media comments? And why is such a rare display of kindness by this government not being celebrated? Or have the funds (if indeed any were shared) ended up in the hands of the same people who have more than enough to need them while those who are genuinely deprived remain terribly famished?

Already, the biting hunger out there is forcing a growing number of people to defy the no-movement decree and soon, the whole effort might be defeated, and the country will return to square one. Information Minister, Mr. Lai Mohammed, is threatening that the lockdown may be extended if Nigerians fail to behave themselves. But what he should rather have done is to hasten to school himself to realize that there is always a price to pay when leaders leave the country they claim to be governing in great disarray only to suddenly wake up when there is an emergency to grope for fix-quick solutions.

A few days after the president’s broadcast (that is, Tuesday, March 31), Daily Independent carried a front page lead story about 26 Americans who came into the country through the Murtala Mohammed International Airport and headed to Calabar without being screened. Now, who cleared their trip to the country and why were there no health officials available to screen them and ensure they were quarantined for 14 days before being allowed to fly to Calabar? Is it because they are Americans or clients of the Nigerian National Petroleum Corporation (NNPC) or both? Does that automatically exempt any of them from being a carrier of the virus which is presently ravaging their own country? What kind of government claims to be fighting a virus with one hand and using the other hand to be undermining the efforts being deployed to contain it?

Okay, the Minister of Health, Dr. Osagie Ehanire, has just announced that an 18-man Chinese team of medical “experts” will soon arrive the country to “assist” Nigeria in the fight against the coronavirus. Now, is it the federal government that asked China for help or was it China that volunteered their assistance? Indeed many Nigerians are vehemently opposed to this gesture at this time. Our own local medical experts have not shown any signs of being overburdened by the work, so what difference are these 18 Chinese doctors and nurses going to make? Will they, like the 26 privileged Americans, also be given express entry into the country or will they be isolated for 14 days as should be the case, before they would be allowed to start rendering their “assistance”?

Do we really need this Chinese gift now or is it that the government lacks the liver to politely decline their offer of help, despite the widespread apprehension among the citizenry about their involvement (since many Nigerians, habour strong fears that the gesture might turn out a Greek gift)? Even the umbrella body of Nigerian doctors, the Nigerian Medical Association (NMA), has come out to strongly oppose the coming of the Chinese medical team. Is it that our government is too intimidated to say NO to China’s offer probably because it has yoked itself so much with crushing debts due to its excessive borrowings from them – debts, whose positive effects on Nigerian lives many are yet to see?

I raise these points because, although, Nigeria has recorded one of the lowest deaths from coronavirus, it was the stubborn refusal of the government to close our borders when it became very necessary and urgent (and despite calls from well-meaning Nigerians) that led to the explosion in the number of confirmed cases that the country has recorded today. In saner climes, the government should have profusely apologized for that terrible miscalculation that is costing the nation so much now.

But it now has another opportunity now to gratify the yearning of Nigerians and reject the Chinese offer even if it is well-meaning and the fears about it are misplaced.

Now, what lessons is the government taking away from the scourge of coronavirus? Will they see the need to equip our hospitals this time and upgrade at least few of them to world standard now that they have realized the folly of always waiting to use public funds to send themselves and their families abroad to treat even minor ailments? For the first time in Nigeria, the naïve and largely misguided Nigerian leaders have found out that it is not always safe to seek solutions for health challenges outside the country and that there is afterall no place like home. This is hoping that the lesson will endure and be redemptive.

*Ugochukwu Ejinkeonye, a Nigerian journalist and writer, is author of the book, NIGERIA: Why Looting May Not Stop ( [email protected] )