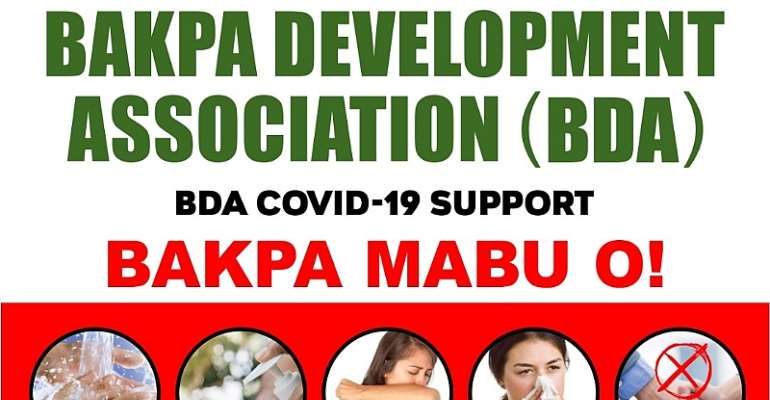 The Bakpa Development Association (BDA) this past weekend distributed two hundred (200) Veronica Buckets, more than 1300 cakes of Guardian Carbolic Soap, and delivered essential public education on COVID-19 to Bakpa citizens in all Bakpa communities within the Tongu area of the Volta Region

Businessman Samuel Saga Avusu, who is the President of BDA and his Executive Committee reckoned it was appropriate for the BDA to support and intervene towards curtailing the raging coronavirus plague

The distribution exercise was led by Togbe Kofi Tosu III, Maklalo of Bakpa Traditional Area and BDA Executives. Other members of the team were, Hon Joseph Teye Doe; Regent of Togbe Dego IV, BDA Secretary and Deputy, and Assembly Members

More than 25 Bakpa communities benefited from the initiative, accessing various numbers of Veronica Buckets, Cakes of soap, and sensitization on approved protocols to fight COVID-19

The BDA was supported with resources by elders like Businessman Samuel Saga Avusu, Hon Joe Gidisu among many others