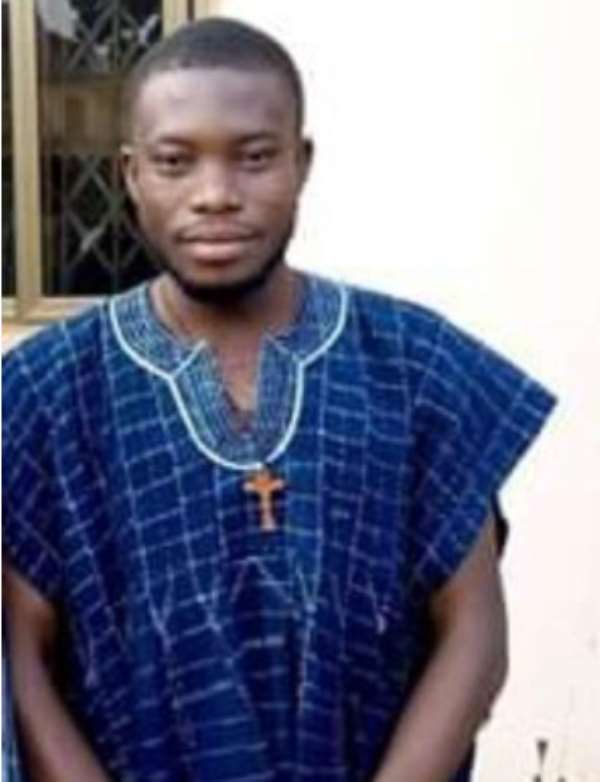 The death of a disease control Field Technician at Tease Presbyterian Health Center in the District Capital of Afram Plains South of the Eastern region has sparked uproar among some residents blaming the death on the unavailability of Ambulance.

The deceased, Linus Lang-Yin, reported to be a BP patient died Thursday, April 2, 2020 while on night duty.

He was attending to his friend Felix Beringa, a staff at the Department of Planning at the Afram Plains South District Assembly who was in critical condition after being involved in a bizarre motorbike accident.

Information gathered indicates that the deceased before his passing called the Afram Plains South District Ambulance Service to convey the accident victim to Donkokrom Hospital but was told the Ambulance could not attend to the case over a mechanical Challenge.

He, therefore, called the Afram Plains North District Ambulance but while waiting he collapsed. His colleague health workers were waiting for the ambulance to convey the two but the health worker died before the arrival of the Ambulance from Donkokrom.

Meanwhile, the accident victim who was taken to Donkokrom Presbyterian Hospital is responding to treatment.

It is not clear if the sudden rise in the Blood Pressure of the deceased health worker was triggered by the case he was handling or the delay in the arrival of the ambulance vehicle.

But a group calling itself, Afram Plains Concerned Citizens has issued a statement Monday, April 6, 2020, blaming the passing of the health worker on the delay in the arrival of the Ambulance.

“The nurse on duty called for the ambulance parked at the district assembly to move his friend who was almost unconscious to Donkorkrom Presbyterian Hospital but the operators of the ambulance were nowhere to be found, they had to call the Donkorkrom District Ambulance and that took them more than three (3) hours and out of frustration his friend Nurse on duty BP rose cand collapsed yet the ambulance was still not in since it has to come from Donkorkrom which is far and because of the bad nature of the road it took a very long time for them to get to the clinic and the nurse couldn’t survive “.

The group added that “this is not the first time issue of this nature has occurred since the ambulance came to the district. We don’t understand why we have our ambulance parked at the district assembly while we have a DCE and other management members but we have to always resort to the ambulance at Donkorkrom for emergency situations

We are therefore by this release asking the following legitimate questions”

Responding to this claims, the District Chief Executive for Afram Plains South, George Ofori told Starr News, managers of the Ambulance Service in the District told him, that the Ambulance had a burst tyre last week hence has no spare tyre which is not advisable in a standard Operative Procedure to embark on a long journey.