Forgoing Lockdown And Grabbing The Missed Opportunity: An Open Letter To The President 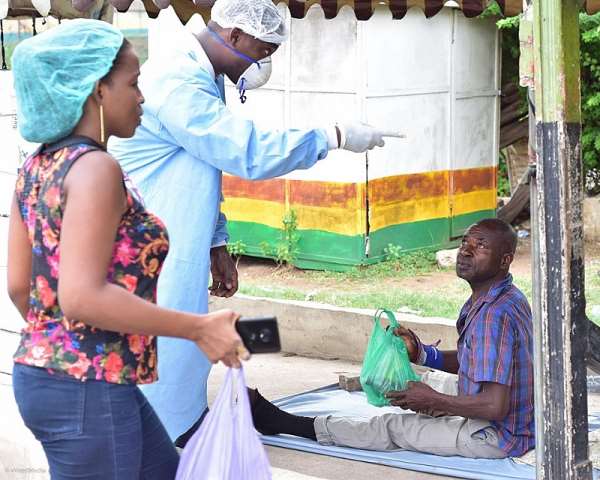 I would like to commend you for most of the steps you have taken so far in our country towards the fight against the COVID-19 pandemic. Clearly, you have good reviews even in the international media and all over social media, which is a good thing. While commending your efforts, I would like to draw your attention to the fact that there is still a chance for Ghana to become the global model in the fight against coronavirus if we will take advantage of a missed opportunity being overlooked around the world so far. Right from the onset, the World Health Organization has been advocating a test, test, test approach but no country seems to have heeded to it. Unfortunately, the tune we all are dancing to now is the lockdown intervention, which in my opinion and according to data available has not proven to be effective anywhere.

Let us take the case of Italy, which was one of the first countries in Europe be to start the lockdown intervention. That country is now at a point where everyone says, “We do not want to be the next Italy”. There is good data to show that in worse affected countries in Europe, they reached their peak just two weeks into the lockdown, creating an overwhelmed healthcare system and leading to more deaths. While most people try to cite China as why lockdowns work, we all know that the kind of lockdown being practiced around the world is not the one China used as they managed to test as many people as possible and isolated the sick from the healthy.

For lockdown countries battling with astronomical number of new daily cases and deaths, alternative measures could have been taken to delay the peak, make the curve gentler rather than steep, and also keep the economy running, all of which would have contributed to less lives being lost. While the lockdown will eventually come with the benefit of completing the curve early, it will also come with the cost of so many lives being lost, and we have started seeing this already. The alternative I am recommending and the missed opportunity I am talking about is not mysterious but same as what the World Health Organization has been referring to from day 1. Mr. President, I am strongly recommending a four-step approach that Ghana can take to change the dynamics in relating to the World Health Organization’s recommendation. My approach is a mass testing for all people currently resident in Ghana.

1. Let us purchase as many test kits as can test every single Ghanaian and other resident. Current information shows there is a World Health Organization approved test kit from Germany that sells at $175 per kit. Each kit can perform 100 tests. Assuming 10% tests will be void that is still 90 tests per kits. For an estimated population of 30 million people, we will need roughly 333,333 of those kits, which will cost us $58,333,333. While this amount is a lot, it will be seen later that my approach will mean businesses will not go into recession and so government will not need most of the costly stimulus packages it has already lined up. So this amount and all others to be involved in the approach may even be less than 50% of what the government has planned to spend in the fight against the virus, including 3 months of water bill to be paid for beneficiaries. Luckily, the German company has capacity of producing 1.5 million kits each week , which means there is high probability our demand of 333,333 kits will easily be met.

2. There are already 100,000 NABCO employees, most of who are not working now because of the partial lockdown. These 100,000 and other national service personnel should be trained to embark on nationwide mass testing exercise targeted at every household within a period of 2 weeks. We have been able to be successful complete national census and other registration exercises within 2 weeks and even hold elections in just one day and so this should work for us also. The Food and Drugs Authority in the United States has now authorized the use of several 15-minutes coronavirus tests so this should be at our advantage of completing the mass testing within 2 weeks. Because we will use NABCO and National Service Personnel who are already on payroll, it will not cost us so much in remunerating them but of course there will be additional cost with their logistics, training, transportation, among benefits.

3. Isolate all people who will test positive during the mass testing. My estimation is that the mass testing can lead to about 100,000 new cases recorded within the period. There are currently several non-operating hotels across the country. These can serve as quarantine centers where the sick people can receive medical attention. Only those with severe cases will need hospitalization so that the health care system will not be overstretched with my projected 100,000 cases. Let us remember that currently, only 5% of all active cases globally are severe or critical. That number means 5000 hospitalizations with my 100,000 estimated cases.

4. Most of the test kits that are coming up are also able to give antibody test to determine those with no chances of ever contracting the disease. With this innovation and the fact that our borders remain closed to new entries, we can allow the remaining people with negative outcomes to reopen the economy by going back to work. Indeed if no new people are entering the country and those with positive cases have been isolated, we can be assured that by still keeping social distance in public places and practicing good hygiene, the risk of rebound infections will be near zero. Running the economy in real time will help make up for the losses made in implementing this approach and also save the country from the kind of recession that faces it if the current lockdown approach is allowed to persist. You stated earlier that even if the economy declines, you know how to bring it back but do not know how to bring back lives that will be lost. Sadly, I can tell you that a non-working economy during lockdown can also take several lives, which you cannot bring back when by-day workers cannot raise enough funds for their healthcare and feeding.

If we put these measures in place, there are a number of reasons that will make Ghana the global model. The most important is that we could be the first country to keep our economy fully running while putting the virus in check. Also, we will become the only country that has put the virus on lockdown instead of citizens if we are able to know all infected persons and isolate them. With several countries already counting their economic losses and in eagerness to open their economies but not knowing how, Ghana will surely be the model for them to follow. There is still a lot of window of hope for us to implement this because our confirmed cases are still low. This may seem the hard way out but let us take the bull by the horn and be different from the others. Thank you

More Letter
ModernGhana Links
Otokunor writes: Open Letter To President Akufo-Addo On The Comments Of Mr. Lord Commey
Open Letter to Mr. Bagbin, the Speaker of the Parliament of the Republic of Ghana
Letter To The National Peace Council Through All Ghanaians
Open Letter Speaker Of Parliament Of Ghana over the authority of the Ashanti Regional Minister for the Deployment of Military to Ejura
An open Letter to Mr. Kofi Adams
Open Letter To The Mce Nominee For West Gonja -Hon. Karim Musah Kusubari...
An open letter to the President Akufo-Addo: Social justice and the development dilemma in Ghana: Why ends are not meeting
Open letter to Hon. Henry Quartey
An Open Letter To The National Chief Imam
TOP STORIES