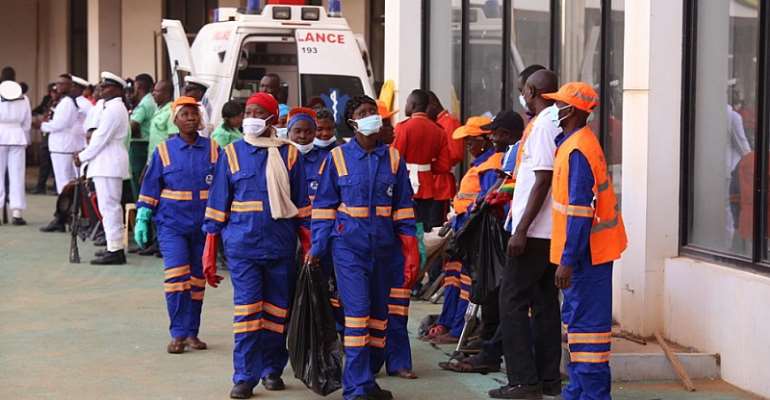 There is confusion as to who has the backing to carry out the disinfection of markets in the Western Region as Zoomlion has threatened to pull out from the exercise.

The Western Regional Minister Kwabena Okyere Darko-Mensah at a press conference in Sekondi on April 4 told journalists including RESEC, MMDCES, health officials, market leaders among others that Zoomlion will disinfect over 100 markets in the Western Region.

Empire News’ source continues to reveal that Zoomlion could not fantom the sudden appearance of the new company when they do not know the track record of the said company at the time they had dispatched personnel, logistics and other resources meant for the exercise. They then objected to the said proposal and threatened to pull out of the disinfection exercise, citing bad faith on the part of the regional minister and his team

Several attempts to get the regional minister to comment on the new development was unsuccessful but his aide, Charles Cobbinah told our reporter that the exercise will come off as scheduled but he was not emphatic about which company will carry out the disinfection exercise.